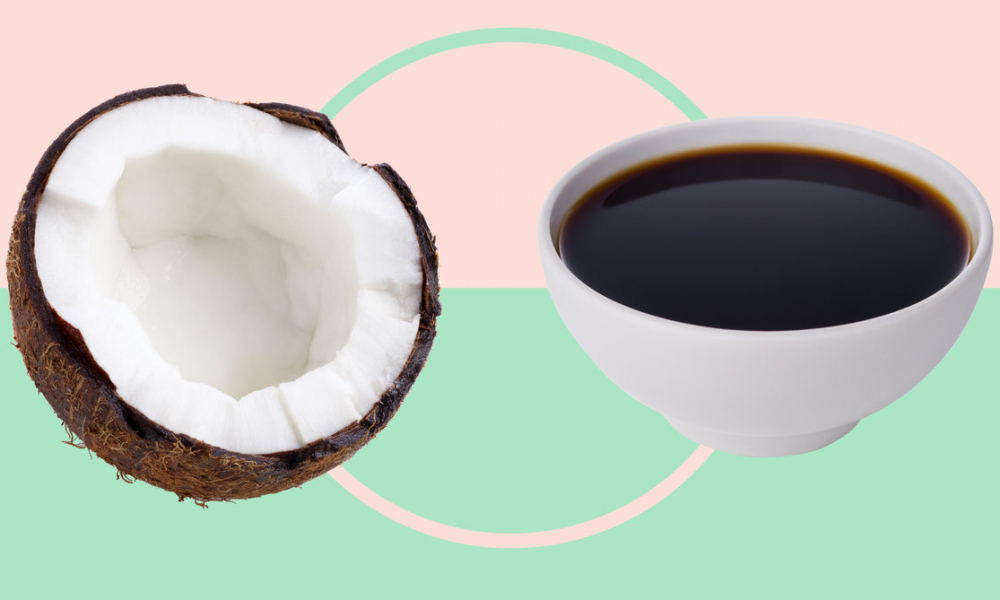 Amino acids are building blocks of proteins. They are important for building muscle, boosting immunity and regulating gene repression.

Most rich sources of amino acids are animal products such as meat, milk and eggs. Other less-rich sources are plant-protein sources like soy.

It is advisable that you eat animal protein regularly to get the 9 essential amino acids since it is difficult to find all of them in plant protein.

Unfortunately, for one reason or another, not everyone can eat animal protein. This has created the need for alternative plant-protein products that contain essential amino acids such as soy sauce, liquid aminos and coconut aminos.

Liquid amino acids commonly referred to as liquid aminos, happen to be one of the products made for this purpose.

It is a food seasoning sauce packed with essential amino acids that is used in a variety of dishes.

WHAT IS THE DIFFERENCE BETWEEN LIQUID AMINOS AND COCONUT AMINOS? 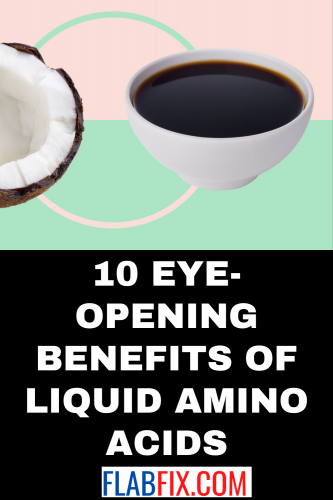 There are two main differences between liquid amino and coconut aminos.

Both liquid aminos and soy sauce are rich sources of amino acids that are versatile and easy to add to your meals.

Although they seem similar, there are a few differences between the two.

One of the major differences is that while soy sauce contains gluten, liquid aminos are gluten-free.

Another difference is that soy sauce has a lower sodium content than liquid aminos. Additionally, liquid aminos are slightly sweeter than soy sauce.

Also, unlike liquid aminos, soy sauce is usually fermented during processing which means it contains some alcohol.

All in all, none of the two is significantly better than the other; they pretty much have the same health benefits.

It is really more of a matter of preference than whether one is healthier or better than the other.

Liquid amino acids have plenty of benefits, including;

Liquid aminos are made by mixing hydrolyzed soybeans and water, resulting into a gluten-free product unlike soy sauce which contains gluten.

Since about 5% of the global population is unable to eat gluten due to gluten-related conditions according to research, liquid aminos work as an amazing substitute for soy sauce.

It is also ideal if you are following a gluten-free diet.

Roughly 88% of your hair is made up of a protein called keratin. Keratin also makes up the nails skin.

In order for your body to produce keratin, it requires 18 amino acids which can be found in your diet.

Sodium benzoate is a chemical preservative usually added to foods to prevent bacteria and fungi growth and increase their shelf life.

While it barely has any side effects when consumed in small quantities, research suggests that sodium benzoate can trigger allergic reactions in some people with symptoms such as runny nose, itching, hives and swelling.

Since liquid aminos contains no chemical preservatives, it can be good for people who are either allergic to sodium benzoate or are trying to avoid it in their diet.

Liquid aminos contain a less-known flavour sensation called the umami flavour. This flavour is described as meaty or savoury and is triggered by free glutamate in food.

Research has found that eating foods with umami flavour before meals can ward off hunger and reduce the tendency of regular snacking.

This can help reduce the total number of calories you eat, enabling you to lose weight.

People who follow vegan diets tend to be deficient in certain essential amino acids that are primarily found in meat and dairy.

Liquid aminos is a good alternative source of amino acids for such people.

GOOD FOR PEOPLE WITH SODIUM DEFICIENCY

If you are suffering from sodium deficiency, taking liquid aminos can be a good way of boosting the sodium content of your food which will enable you meet your body’s sodium requirements.

Liquid aminos are quite easy to add to your diet.

Some of the most popular ways in which you can incorporate them into your diet are; stirring it into soups and stews, drizzling it over oven-roasted potatoes or vegetables, adding it to marinades for tofu or meat, using it as a seasoning for cauliflower rice and so many other ways.

Most people describe soy sauce as having a milder and slightly sweeter taste than soy sauce.

This makes it ideal if you are looking for a soy sauce alternative that is salty and savory but with a bit of sweetness.

The body absorbs amino acids faster in the liquid form than in solid forms.

If you are a bodybuilder looking to increase your muscle mass, you probably need the extra amino acids found in liquid amino acid supplements.

Liquid aminos have a pretty high sodium content. This makes it bad for people with kidney disease or salt-sensitive high blood pressure.

If you have a soy allergy, your body may have adverse reactions to liquid aminos. Coconut-based aminos make for a wonderful substitute, though.

While there’s no major harm in taking small quantities on a daily basis, taking large quantities of liquid amino acids every day is quite unnecessary unless you really need to up your amino acid intake.

Besides, as with protein, taking too much liquid amino acids can cause weight gain or overwork your kidneys.

Also, the high sodium content in liquid aminos can cause you health problems you’d rather avoid.

Although liquid amino acids are a delicious substitute for animal protein, it is recommended that you get amino acids from whole food sources.

If you are on a vegan or vegetarian diet, you can get amino acids from legumes which are good sources of protein.

Finally, be sure to seek your healthcare provider’s counsel before you begin taking liquid aminos regularly.