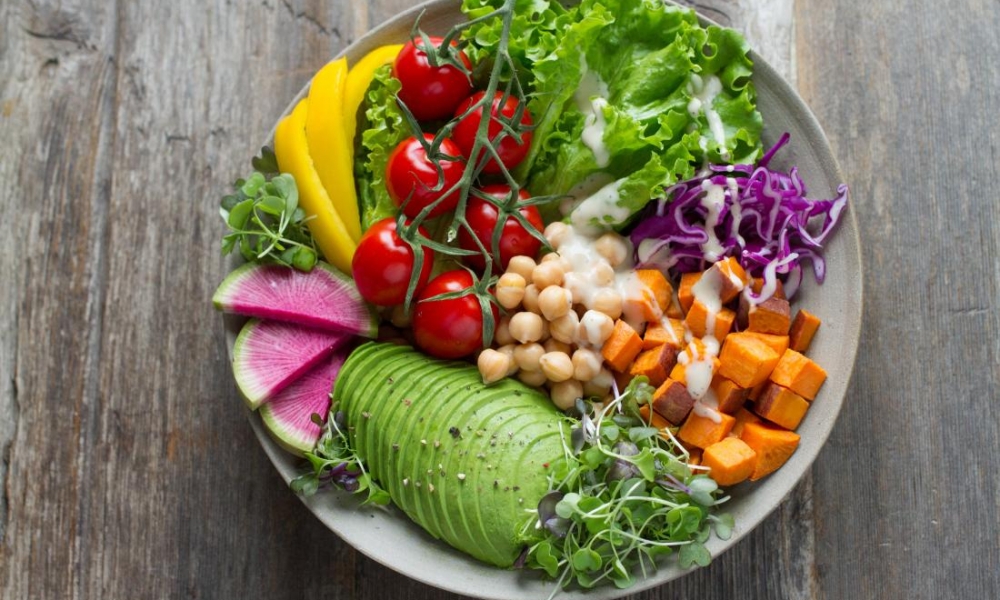 By Audrey R
In Nutrition
0

The vegan-diet is arguably one of the healthiest diets we have, so what possibly could be wrong with it? There are some little-known disadvantages of vegan diet, well-concealed by its good name. but first, what exactly is a vegan diet?

A vegan diet is completely devoid of all animal products and by-products. With a vegan diet, you cannot eat eggs, or any kind of dairy. Even honey is a no-no.

HOW IS VEGAN DIET DIFFERENT FROM VEGETARIAN DIET? 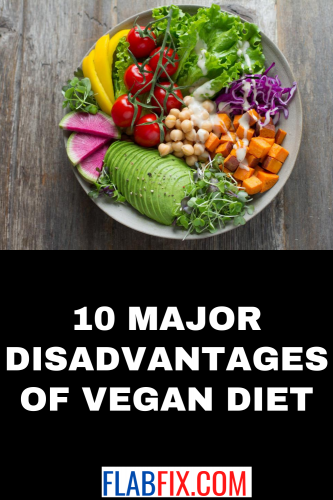 How is it different from a vegetarian diet? Vegetarians do not eat animal flesh – be it game, poultry, fish or seafood. They may eat dairy or eggs, depending on the variation of vegetarianism they are practising.

Both vegans and vegetarians draw their inspirations for their food choices from different beliefs and ideologies.

Most people want to lead a healthier lifestyle and maybe lose some weight while at it. They also do not wish any harm upon animals and want cruelty-free food.

Most vegans believe in the total freedom of animals, such that human beings should not use them for their products like eggs and milk.

Besides, so much goes into the production of dairy products like cheeses, sausages, ham, bacon, and reducing these processes are good for the environment. Thus, their food is strictly plant-based.

Most people who resort to a vegan lifestyle do it to lose weight. Thankfully studies show that people who follow a vegan diet tend to thinner and have a lower BMI than those who don’t.

Calorie-restricted diets need to pay very keen attention on the number of calories you take. You also have to be careful about your potions. Other times you might be forced to stop eating before you are truly full. With vegan diets, you can eat until you are full and will still lose more weight than in calorie-restricted diets, according to this study.

Fibre plays a big role in promoting a healthy body and good weight. It allows for smooth digestion and promotes satiety. Vegan foods are very rich in fibre.

Type 2 Diabetes is a huge problem in the world currently, but a vegan diet can reduce your risk of getting it by between 50-78%. Not only does this diet lower the blood sugar to manageable levels, but it also promotes better insulin sensitivity and reduces dependence on medication that helps lower blood sugar.

This diet is not without its cons. Here are some disadvantages of vegan diet.

Most of the known proteins come from animals, thus it is not as hard for people who eat animal proteins to get their ratio.

When people first begin their vegan diet, they are usually at a loss on where to get their plant proteins. Some end up not packing enough proteins required in an adult’s diet.

Proteins are the building blocks of the body – they help build tissue and muscle. They also promote satiety.

There are two main branches of iron, the heme and non-heme. While the non-heme can be found in plants, the body does not easily absorb it.

The heme iron is found mostly in animals. Thus, the vegan diet will require you to get iron supplements or run a risk of iron deficiency. Iron deficiency can cause anemia and dizziness.

LACK OF VITAMIN B12

Vitamin B12 is yet another nutrient that people on a vegan diet tend to lack. It is readily available in animal proteins, not so much in plants.

This Vitamin is very important but when you lack it, it is nit easy to detect what the problem could be. It builds the red blood cells and helps DNA formation.

Vitamin B12 deficiency could cause anemia, weight loss or extreme fatigue and can become fatal if not detected early and managed.

Once again this diet will require you to take supplement to provide the body with Vitamin B12.

IT CAN BE LIMITING

This diet can be very limiting considering it leaves out whole food groups. You have to put real effort to come up with creative recipes for your meals.

Otherwise the monotony of it make it hard for most people to keep up. Coming up with a proper meal plan requires a lot of effort and discipline, that might take the fun out of eating.

IT MAY NOT BE PRACTICAL

People are only just finding their way around the vegan diet. it is one of the most restrictive plant-based diets.

The food groups are meant to be supplementary and complimentary. In areas where fresh fruit and vegetables are hard to come by, it may not be practical.

IT CAN CAUSE STOMACH PROBLEMS

Since your body is very acquiesced to animal protein, when you first start begin taking the legumes, nuts and tubers you may experience stomach problems like bloating. You can also develop a leaky gut because of all those legumes.

Even the most dedicated vegan cannot just avoid those craving spells where they feel they could use maybe just a slice of bacon. Or cheese.

Most manufacturers are aware of these cravings and have thus tapped into the substitute market. As they try to make these substitutes taste and smell as good as the actual thing, they use additives, artificial colouring and sweeteners which are not healthy.

Besides, highly processed plant products like soy products are still processed foods and while they may trick you into thinking they are not, they pose similar dangers to other processed foods.

Regular milk, for instance, is much cheaper than plant-based milks like almond and soy milk. Fresh fruits and vegetables and other plant protein sources also cost more than easily accessible animal proteins.

Not many people buy vegan foods, so the matter of logistics and demand also plays a part in increasing the prices.

EAT OUT IS A PROBLEM

Did you know only 14% of the world population is vegan? While there are some eateries that are solely dedicated to serving vegan food, they are few and far between.

As a vegan, it may not be easy to just pop up at a new place to try its foods. Given how few vegan people are, who will the restaurants sell to if they open an exclusively vegan joint? Most people end up having to prepare their own foods at home, which can be tedious.

Because animal proteins and products are out of question, most vegan people might end up overindulging in high-calorie, high-fat foods because the diet does not restrict those. Pasta and other wheat products still have the same effect even when animal products are excluded.

Despite these disadvantages of vegan diet, if you are able to come up with a proper meal plan that incorporates all food groups, you are good to go. Remember to take enough water and eat enough calories. Also take supplements for vitamin