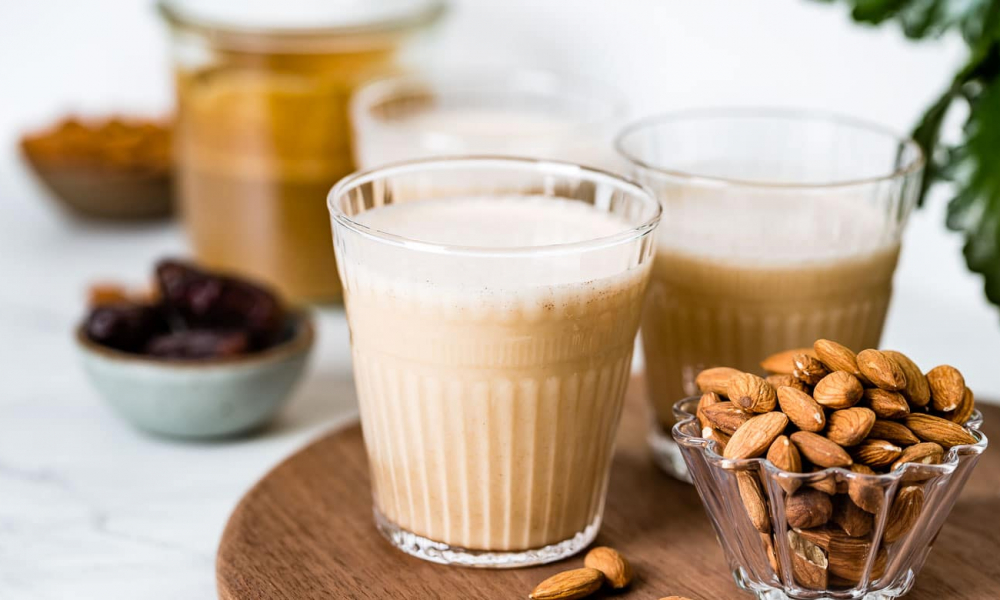 Pros and Cons of Almond Milk for Weight Loss

There is no shortage of non-dairy milk alternatives on the market these days, from soy to almond, cashew, coconut and even peanut milk.

One thing to be specific about: these are not really “kinds of milk,” but rather liquids that combine ground nuts and water and supplement cow’s milk.

Learning more about almond milk can give you more insight into what you will get when trying it.

Provided that you understand all the pros and cons of almond milk, you are assured that you can decide whether to get almond milk and incorporate it into your diet as you aim to lose weight.

When you try milk substitutes, you need to find the right one with enough nutrients and make sure that you can derive all the health benefits of milk from almonds.

If you need or prefer to try plant-based milk, the one you choose should rely on various factors, including allergies, taste and diet, according to Cynthia Sass, a New York City registered dietitian and author of “Slim Down Now.”

The advantages of almonds are well known to most of us. Eating almonds constantly enhance our wellbeing, and now there’s another way to include almonds in your diet.

You may take almond milk.  It is lighter than soy milk because it has fewer calories and lowers fat content hence very beneficial in your weight loss journey.

Almond milk is really easy to make at home and has a lot of benefits. It works as a common substitute for lactose-intolerant people and is not advised to take dairy products.

Consumers prefer its nutty flavor and creamy texture to other forms of vegetable milk for both drinking and cooking.   On the other hand, though, there are several drawbacks attributed to consuming this milk.

PROS AND CONS OF ALMOND MILK 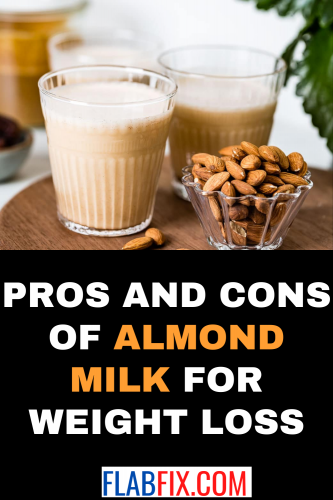 Here are some of the pros and cons of almond milk;

IT IS LOW CARB

A low carb diet is the easiest way to lose weight safely. A single cup of almond milk has just 2gm of carbohydrates.

How cool this is! You’re feeling full from just a cup and don’t pile up on the kilos, either.

Since we love to count all potential ‘enemies,’ we can never forget to weight loss calories. If you drink a cup of almond milk, your body will only get 39 calories.

It’s better than the soy milk that packs 100 calories in every cup. Satiating hunger has never been so low in calories.

Now vegetarians can have their share of milk without any problems since almond milk is milk without any animal substance. The same can be enjoyed by people who suffer from lactose intolerance.

Before filling our bottles, our dairy cow milk goes through a variety of processes. We know that the more refining, the lower the amount of nutrition.

There are no such problems with homemade almond milk. Take note to buy almonds with their tough outer shell to get the best out of them.

Even though we don’t endorse crash diets, almond milk definitely does. With a single cup, it suppresses all the cravings.

But note again that if you plan to ‘crash,’ you will miss many vital nutrients.

If you take almond milk in moderation, which means no more than one cup or two daily, your cholesterol levels would be greatly reduced.

IT IS A NUTRIENT TROVE

Almond milk replenishes vitamins A, D and E in your body. These vitamins serve as anti-oxidants and improve your immunity.

You get improved eyesight and healthier bones and teeth. You may not need to be reliant on omega 3 from fish if you take almonds regularly.

One cup of almond milk gives you 300 mg of calcium. Again, this is vital to the health of your bones and teeth.

Now you’re getting milk, and you’re also getting your fiber content.

Critics of fortified almond milk claim that while it is naturally high in calcium, plant-based milk products are not fully absorbed by the body compared to the absorption of dairy products.

According to the American Academy of Pediatrics, this is where dairy milk trumps over this plant-based milk.

Almonds and almond milk products are sources of tyrosine which can make migraine headache worse. It is also not healthy and safe for patients with thyroid disorders.

Apart from this, commercially manufactured almond milk brands can have soya as fillers that can also influence thyroid hormones.

Almond milk provides only 1 gram of protein per cup (240 ml) while cow’s and soy milk provide 8 and 7 grams, respectively.

Protein is essential for many bodily functions, including muscle growth, skin and bone structure, and enzyme, hormone production and also goes a long way in aiding weight loss.

Unsweetened almond milk can have as little as 39 calories per cup and only one gram of carbohydrate. Most brands are also enriched with calcium and vitamin D.

It’s a perfect substitute for milk in cereal, smoothies, and coffee for people who get plenty of protein from other sources and watch for calories and carbs.

It is no wonder that commercial almond milk has vitamins A and D, while raw almonds do not—manufacturers are trying to render almond milk as cow-like as possible. After all, most people use it as a milk replacement.

And how does the milk from almonds and water pile up against the milk from the udder? The best way to examine this would be to look at the pros and cons of almond milk versus dairy milk.

According to the USDA, although almond milk has only 1 gram of protein per cup, cow milk has 8. If you buy calcium-fortified almond milk, the calcium content is likely to equal or exceed cow’s milk.

That’s not the case if you prepare it at home. The levels of vitamins A, D, E and B12 in fortified almond milk are also substantially higher than in non-fortified cow’s milk.

On the other extreme, cow’s milk contains more than twice as much phosphorus and potassium as almond milk, while almond milk has significantly more sodium.

One notable difference is that while almond milk is free of cholesterol and saturated fat, cow’s milk contains cholesterol to varying degrees depending on the type of milk.

The fat in almond milk is all good, which cannot be said of cow’s milk unless it is skimmed and has no fat. Also, almond milk usually has fewer calories than cow’s milk, but it depends on whether you drink heavily sweetened almond milk or skim cow’s milk.

Almond milk is nutritious, and a healthy dairy substitute for weight loss and can be more palatable than other milk products. However, it may not be safe for those who have allergies caused by drinking almond.

The best way to enjoy it or any almond product, for that matter, is to know the pros and cons of almond milk and to ensure that everyone who drinks it does not have medical problems that might be affected by its intake.

Having looked at the pros and cons of almond milk and you still want to enjoy almond milk, be sure to select unsweetened and unflavored versions and add other protein-rich foods to your diets, such as eggs, beans, nuts, seeds, fish, and chicken.