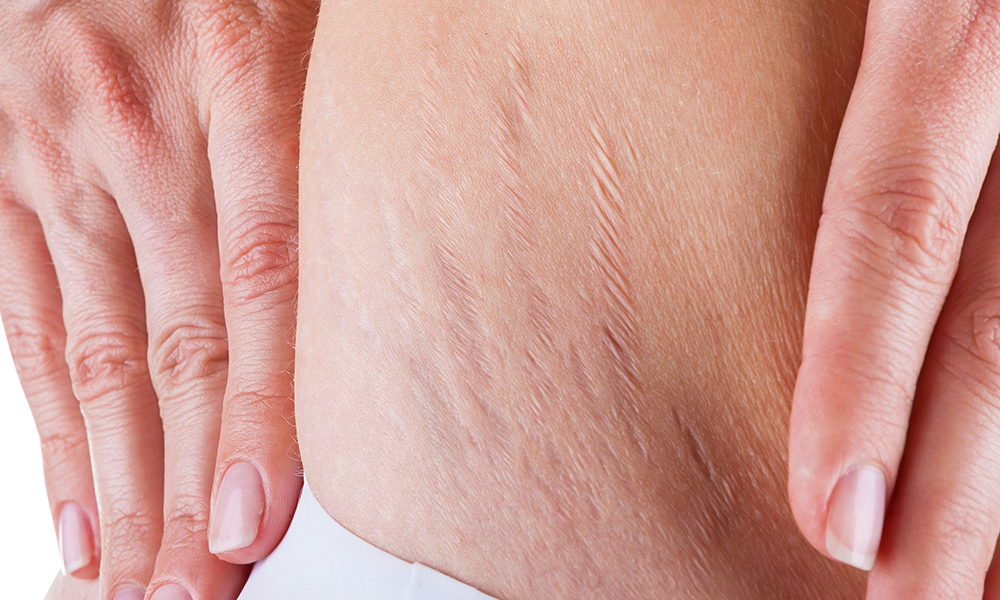 What Causes Cellulite in Men and How to Fix It

Cellulite refers to lumps and dimples that are usually observed on the skin. It is more common in women but can be seen in men as well.

Cellulite in men doesn’t necessarily appear in the same manner it does for women. In women, cellulite appears when fat cells push up against the skin, creating an uneven surface or dimpling.

This isn’t the case for men. Cellulite in men occurs as an alteration of skin texture caused by excessive accumulation of fat.

When we look at the biological structure, cellulite in men has adipose tissue structurally arranged horizontally.

For women, on the hand, the adipose tissues are structured in vertical partitions. These shapes are responsible for the way the outer layer of the skin appears.

For instance, even when the male fat cells’ size increases, their reticular structure ensures the skin is pushed perpendicularly as with women. 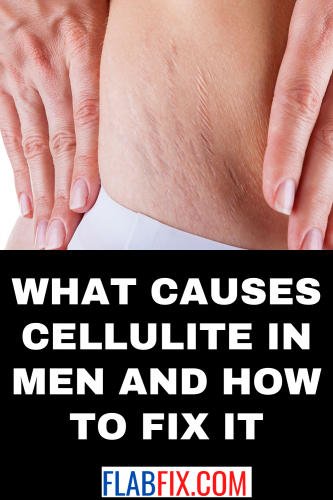 There lacks a clear scientific reason as to why cellulite occurs in both men and women. However, some factors are believed to play a part in the development of cellulite. They include:

Hormones such as insulin and thyroid hormones play a role in cellulite development. For instance, if your thyroid is sluggish, it has a direct effect on your metabolism.

As such, a sluggish metabolism leads to poor circulation, thus reducing the amount of blood available to certain areas.

This leads to the growth of fat globules, which then lead to the formulation of cellulite.

All these factors have a massive effect on whether or not cellulite develops.

Cellulite is also highly prevalent amongst smokers, especially those that spend a lot of time in one place and don’t exercise.

Unknown to many people, your choice of underwear could also affect whether or not you develop cellulite.

The tight string from underwear, especially around the buttocks, limits blood flow, leading to cellulite formation.

Whilst cellulite in men is more prevalent among fat people. This doesn’t mean it can’t affect the slim and fit.

HOW TO GET RID OF CELLULITE IN MEN

Excessive weight is the primary reason why cellulite becomes more visible. As such, losing body fat should be the starting point for anyone suffering from cellulite and is overweight.

On top of this, you should also strive to remedy factors such as poor circulation. For instance, opt for perfectly fitting clothes.

You should also stop living a sedentary lifestyle. Stay away from processed foods and quit smoking as it inhibits proper circulation.

Connective tissue is what encases the fat cells under the skin. As such, they act as a facilitator for the skin’s dimpling.

The most popular way of getting rid of these fat cells is weight loss. However, this method takes time and patience, something that we all don’t have in abundance.

People resort to connective tissue disruption, which involves inserting a small lase under the skin.

This lase then used to fan around, breaking the adipose tissue that encases the fat cells, causing cellulite.

Several treatment techniques have been used over time to break down connective tissue. They include:

This form of treatment revolves around sound. A hand-held sound device is used sound waves, which break up the connective tissues that facilitate the development of cellulite.

It is, however, a form of treatment that might not achieve results on the first try. As such, it may require several sessions before the fat cells have completely been done away with.

As the name alludes, this form of treatment involves the use of lasers. A tiny laser probe is inserted under the skin, the laser is then fired, breaking up the adipose tissue.

Laser treatment also increases collagen production, which consequentially thickens the skin. Thick skin makes it harder for fat cells to push up against the skin, which often prompts cellulite appearance.

Therefore, the thick skin reduces the appearance of cellulite from below. That said, this form of treatment requires a follow-up every other year.

Subcision is a procedure conducted by a trained professional. To clear out cellulite in men, the dermatologist nullifies the effect of the fat cells by breaking up the connective tissues.

This is done by sticking a needle under the skin. Its effect can last up to 2 years.

This is a very delicate procedure that involves the introduction of carbon dioxide into your system. The gas is pumped under your skin; this causes the fat cells to burst as they are eliminated.

It does, however, lead to side effects which include bruising and discomfort after the procedure.

This is a popular cosmetic procedure mostly used for weight loss. It involves the suctioning of fat from your body. Whilst, it can help you lose weight, liposuction probably makes cellulite worse.

This is because the fat targeted for suctioning is deep fat. However, the fat that causes cellulite development is subcutaneous.

As such, when you undergo liposuction, you end up with depression in the skin.

Often, supplements are peddled with promises of the burning of fat pockets in the adipose tissue.

These orally-ingested supplements often contain yohimbine, caffeine and beta-agonists as the primary components.

However, they are based on unproven theories, and there is inconclusive evidence as to how they affect cellulite in men.

Cellulite development is at heart driven by the fat cells in your adipose tissues. As such, the food you consume can play a part as you strive to get rid of cellulite.

Although pizza is a good source of calcium and protein, its high sodium content makes cellulite worse. The dish’s two main ingredients – pizza sauce and cheese-facilitate water retention in the body.

As such, it ends up exaggerating the dimpled appearance on the skin.

The lower the sugar levels in your body, the higher chance you have for smoother skin. This is because your sugar intake directly affects the amount of collagen in your skin.

High-glycemic foods such as pasta, rice and bread are broken down into sugar with many empty calories during digestion.

In the end, these calories feed the fat cells, which makes the cellulite worse.

WHAT EXERCISES GET RID OF CELLULITE FAST?

Exercise is the natural, most consistent way you can get rid of cellulite. We, therefore, take a look at some easy-to-do exercises that you can incorporate into your routine.

Step up with reverse lunge.

Cellulite in men isn’t as common as it is in women. However, it is quite prevalent even though it does not indicate major health complications.

It can be an indication of the need for a lifestyle change, though.