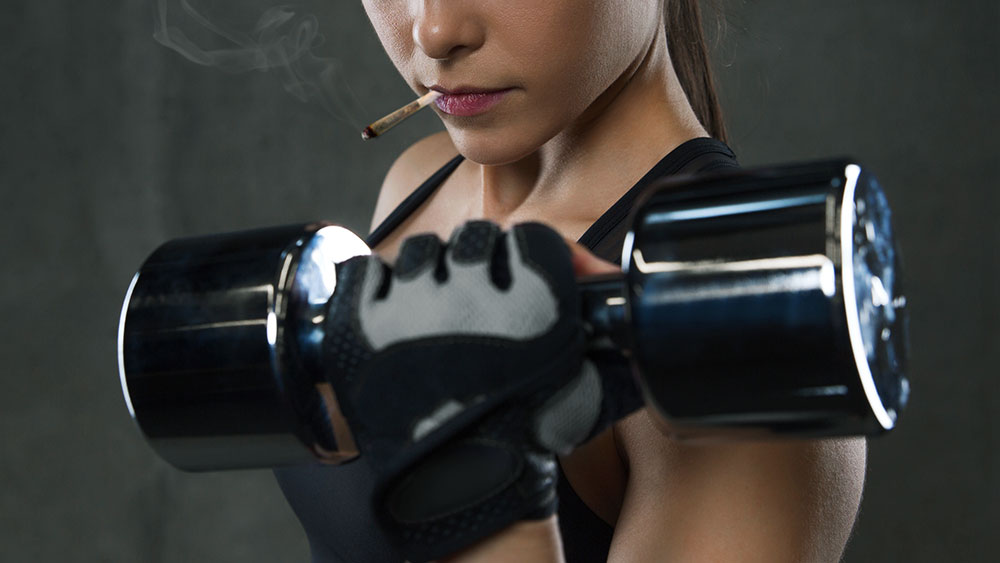 Everything You Need to Know About Smoking after Workout

Will smoking after workout quell some of the dangers of smoking to your body?

Smoking is a tough habit to kick. At least, if we’re going by the 7 million deaths a year that the Center for Disease Control recently reported.

This shows that despite proper articulation on the dangers of smoking, it remains the number one cause of avoidable death.

A lot of times, people associate these statistics with people who don’t engage in physical exercise.

The assumption being if you work out, you’re less likely to suffer the consequence of smoking after a workout.

This isn’t exactly true as it remains a contentious issue that can be seen in different ways.

There are some benefits of smoking after a workout, askew as they may be but there are also massive disadvantages to smoking and working out.

Despite this, the fact remains, whether you work out or not, quitting smoking will still be hard for you. You are also just as susceptible, if not more susceptible, to the consequences of smoking.

That said, let’s look at both sides of the mirror and figure out just what effect these habits have on each other.

DOES SMOKING HINDER YOU FROM HAVING AN EFFECTIVE WORKOUT? 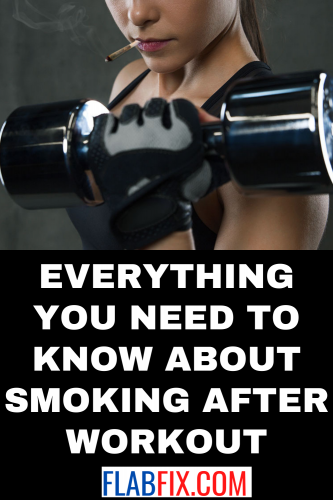 There is significant evidence to show that smoking after a workout does indeed affect your gym performance.

For instance, according to this study, people who smoked had a harder time recovering from exercise. It also indicated that they had lower levels of endurance compared to people who don’t smoke.

Smokers also have less muscle strength and flexibility compared to people who don’t smoke. This is because smoking after workout impairs protein synthesis and increases the spread of myostatin.

This weakness extends to bones and leaves you susceptible to conditions such as osteoporosis.

Osteoporosis refers to a condition that causes bones to become weak and brittle due to the body’s failure to replace bone tissue.

As a result, mild stresses on the bone during workouts can cause injuries making it unsustainable to consistently workout.

It may seem like smoking after a workout only affects how fast you get to your fitness goals. However, there’s a chance it actually making exercise harmful to you.

Smoking affects various aspects of how your body functions, as does working out. Therefore, when the consequences of smoking interact with those of exercise, it could be detrimental.

Some areas of the human anatomy that are affected by smoking and exercising include:

Smoking makes your blood ‘sticky’. This means that in response to smoking, the immune system produces proteins known as antiphospholipid antibodies.

These proteins cause the blood platelets to clump together in a manner reminiscent of something ‘sticky’, hence the term.

Sticky blood inhibits the transport of oxygen and nutrients to the body’s tissues.

Smoking also narrows the blood arteries. Naturally, this reduces blood flow to vital areas such as your heart, muscles and body organs.

Exercise requires proper oxygen supply to the muscles at a fast rate. Otherwise, you tire fast.

Therefore, when you push your body to demand oxygen that it’s being denied due to sticky blood and narrow blood arteries, you risk having an improperly functioning body.

It also leads to aching in the muscles and general pain within the body.

Smoking increases your resting heart rate. This refers to how fast your heart beats while you’re not active.

This is because smoking introduces nicotine into your system. As a result, it inhibits the oxygen supply to the rest of the body.

This, therefore, increases the body’s need for adequate oxygen prompting a faster heart rate which results in an increase of rate your resting heartbeat due to all the extra work.

WHAT IS THE UPSIDE TO SMOKING WHILE WORKING OUT?

Smokers who exercise regularly are more likely to have easier withdrawals than those who don’t work out.

This is according to research conducted by the U.S Department of Health and Human Services. As mentioned above, the ability to quit smoking goes beyond knowing the risks.

Addiction to smoking primarily comes about as a result of the nicotine in tobacco smoke. Nicotine is easily absorbed into the bloodstream and is thus pumped throughout the body.

This generates a pleasurable addictive sensation which the body constantly craves. Failure to provide this sensation often leads to nicotine withdrawals.

Working outcomes into play because it provides a coping mechanism to the symptoms of nicotine withdrawal.

Some symptoms of nicotine withdrawal include restlessness and anxiety.

According to studies, aerobic exercises such as jogging or swimming increases the likelihood of overcoming such nicotine withdrawal symptoms.

This, therefore, means that smoking after a workout makes quitting smoking easier.

Smoking increases your metabolism, which causes calories to be burnt at a faster rate. This prompts a constant desire to replenish these calories leading to an increased appetite.

Constantly craving more calories at a fast rate can result in weight gain. However, this can be remedied by exercise.

Working out steadies your metabolism. For instance, cardiovascular exercises can help you burn calories if overweight and suppresses your appetite temporarily.

HOW MANY CIGARETTES A DAY IS SAFE?

The popular opinion is that the logical way to quit smoking is to decrease the number of cigarettes you smoke gradually.

In all fairness, that does seem sensible. Decreasing the number of cigarettes you smoke means lower nicotine inhalation.

However, according to studies, this isn’t necessarily the case. A research report published by BMJ reveals that even smoking just one cigarette poses a large risk.

This is due to the amount of smoke you inhale from one cigarette. According to the researchers, this is enough to significantly increases your chances of stroke and cardiovascular diseases.

As such, they recommend quitting altogether.

Testosterone is a vital part of muscle gains while working out. This is because testosterone increases neurotransmitters that facilitate tissue growth which consequentially lead to muscle gains.

By smoking, you kill the cells that produce testosterone. A drop off in testosterone levels, therefore, inhibits just how muscle you can gain despite exercising.

DOES QUITTING SMOKING MAKE YOU FAT?

Smoking has a huge effect on your metabolism and, consequentially, your weight. When you smoke, there is a high chance you will develop a large appetite.

However, due to a fast metabolism rate, these calories are burnt much faster. Although it may still lead to weight gain, it is much easier to keep this weight checked.

However, when you stop smoking, the metabolism rate slows down; however, the appetite is sustained. As such, you don’t meet your calorie deficit leading to weight gain.

This, however, doesn’t last forever. A sustained high appetite is a withdrawal symptom that will eventually disappear.

Smoking after workout is quite counter-productive. The basic fact is that smoking is harmful to your body. However, quitting the habit isn’t as straightforward.

That said, you’re better placed to have an easier time quitting smoking than someone who doesn’t exercise.

This isn’t, however, without the risk that comes with doing both. Thus, you must take on as little as possible while you work to kick this difficult habit.