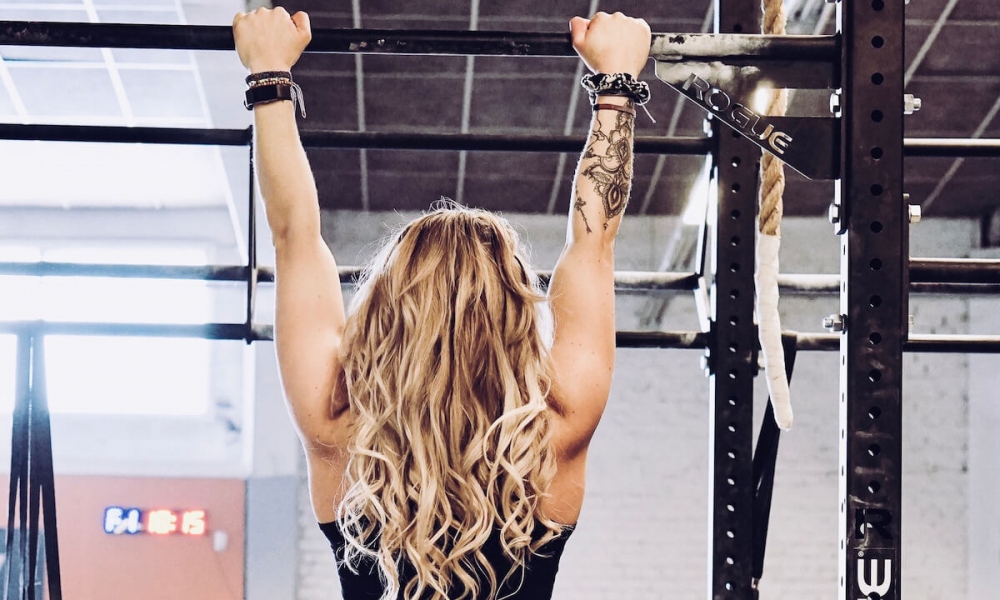 By Dorcas S
Leave a comment
In Exercise Guide
0

In this article, you will find great pull up alternatives with resistance bands.

A pull up is a comprehensive exercise that engages your abdominal muscles, lateral muscles (back), upper back muscles (rhomboids), and arm muscles (forearms, triceps, and biceps).

Because of the intensity of the pull up, many people may struggle to do it in its purest form.

This is why you should consider pull up alternatives with resistance bands. They will help you to work progressively towards mastering the pull up even with no pull up bar.

According to this study, a chin-up substitute should have three significant features to enable transference to the original pull up.

First, it should activate muscles in similar muscle groups such as the biceps. Second, it should pull the body vertically against gravity.

Third, the load or strain entailed ought to mimic the traditional pull up so that the same level of strength is built.

Resistance bands can easily provide the same features and can thus be an alternative for chin-ups.

PULL UP ALTERNATIVES WITH RESISTANCE BANDS 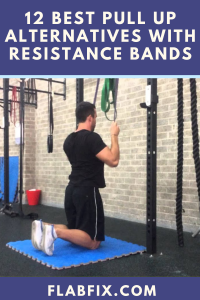 This exercise engages your biceps and back muscles. It requires you to be on your knees and to have a resistance band.

Attach the band to an anchor such as the top of your door. Hold the ends of the bands as you look up.

Adjust your hands from above your head and bring it to your shoulders. Return up and repeat as many times as you need to.

Throughout the entire exercise, your knees should not move; it is your arms that should move.

For this exercise, you need a group of resistance bands that are quite sturdy.

Resistance bands vary in terms of the support they can give. Usually, the darker the color, the greater the resistance.

For this one, use as many dark colors as possible. Put the resistance bands around a pole. Then assume a squatting position as you hold their ends.

Start moving your upper body towards the pole while being careful to keep your back straight and your shoulder blades together.

Once you get your chest to where your hands are then lean back to the original position and repeat.

One of the pull up alternatives with resistance bands is the bent row. While the entire body will not be moving against gravity, your hands will be.

Start by placing a resistance band below your feet and holding the ends of the band with your arms.

Bend forwards as you pull your arms to the side. Repeat this motion 30 times for sets of 3 or as you deem necessary.

This exercise mimics the one above because it still involves the placement of resistance below you. However, unlike the bent over motion, this one entails a seating position.

You would have to engage in several sets of these in order to feel the same intensity that you would if you were doing a real pull up on a bar.

Pull ups often work on your biceps quite effectively. While these curls may not involve an upper-body movement, they can be helpful in working your arm muscles.

Stand over the resistance band and hold each end with either of your hands. Make sure that your palms face forward.

Then move your forearms in a curling motion towards your shoulders. Ensure that your elbows stay inward.

Return to the start position and repeat the curls as many times as necessary. Your biceps should feel the impact after several repetitions.

This exercise is akin to the kneeling pull-down except for the position assumed. Here you will be standing.

Therefore, you should anchor the resistance band at a place that is much higher than your typical door if you are tall.

Make sure that you hold the ends of the bands while placing your arms above your head. Pull the resistance band downward to your shoulders.

That way, it is possible to engage your arms in the full range of motion.

To carry out this exercise, you need to kneel while holding a resistance band. Place your hands about 6 inches apart and ensure there is some tension.

Keep the band over your head and start pulling it down. Stop when you reach your collar bone.

Remember to engage your core as you do this and repeat the motion as needed.

You could be kneeling or standing as you carry out this exercise. Hold the resistance band with one hand that should be upright.

With the other hand hold the other end of the resistance band and start pulling it up and down diagonally.

You may alternate with each hand or perform pull-downs with one arm continuously then move to the other hand.

Place the resistance band over your door and hold it with one hand.

Start pulling the band with the other hand from over your head to a position just beside your waist.

By the end of this exercise, you should feel the impact on the sides of your waist as well as under your arms.

Once you have worked one arm, go to the opposite side of the door and repeat the same motion.

As a rule of thumb, the resistance band ought to be about 3 inches away from the edge of the door.

A suspension trainer often consists of resistance bands that have been suspended from the ceiling or roof.

You can carry this out by holding the suspension trainer resistance band while you squat. Make sure that your back stays straight then move your upper body upward.

This exercise often engages the body in a manner that is quite similar to the pull-down because you have to use your triceps, biceps, core, and back muscles to do it.

For this exercise, you will still need resistance bands that have been suspended. Sit on the floor and grab the bands hanging over you.

Start to lift your upper body upwards while maintaining contact with the floor using your feet.

Because the elastic bands are above your head, it is relatively easier to pull a part of your body towards it.

This exercise involves placing elastic bands behind you. Hold the ends of the bands with each hand while facing away from them and leaning at a 45-degree angle to the floor.

Lift your hands from your waist position to a position above your head while maintaining a straight line as you do; this is the rollout.

For the chest press, you would still be leaning at 45 degrees to the floor while using the elastic bands anchored behind you as support.

Then move your arms frontwards and backward in a chest press or lateral motion.

Combine these exercises for a maximum transference effect. 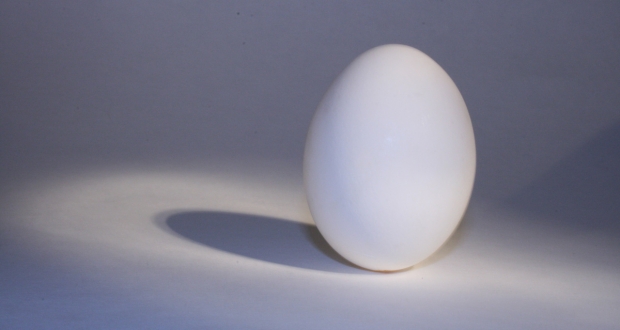 Should You Do the One Week Boiled Egg Diet? 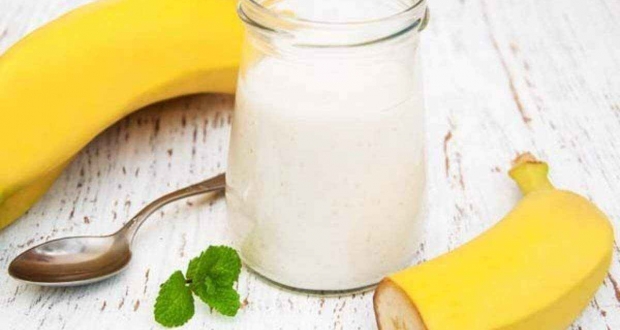 Everything You Need to Know About the Morning Banana Diet 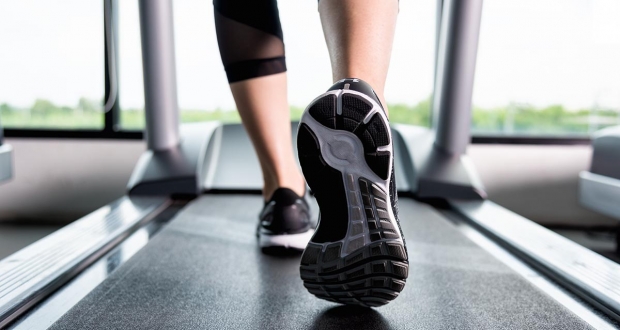 How to Build Running Endurance on Treadmill 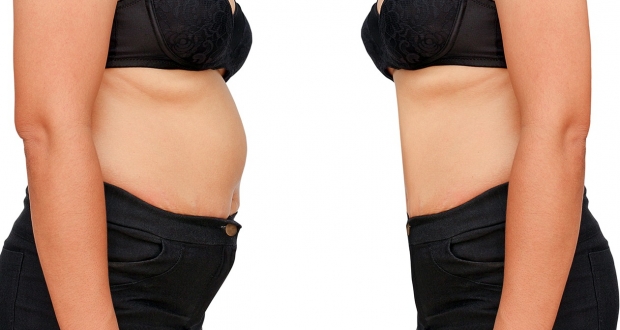 How to Get Rid of Double Belly Fast 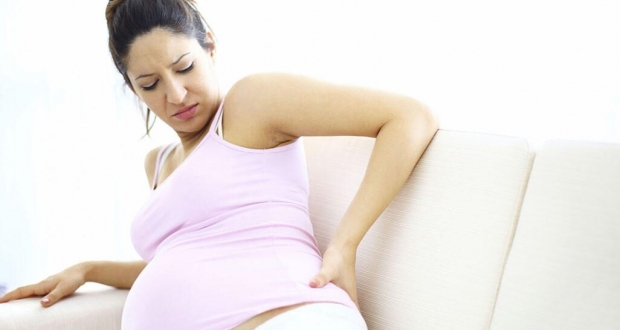 How to Realign Hips after Pregnancy