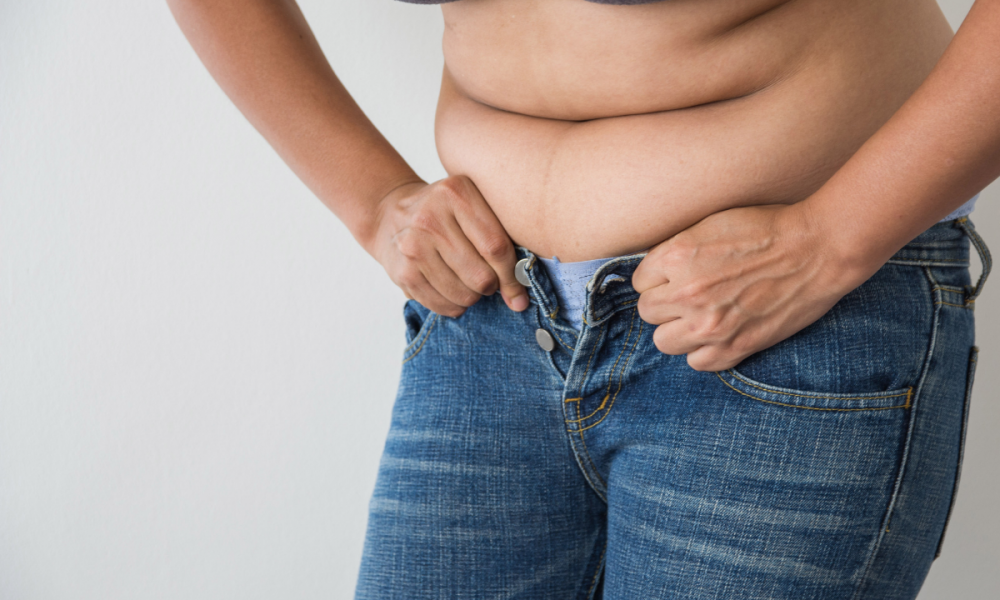 Everything You Need to Know About Melatonin and Weight Loss

By Steve M
Leave a comment
In Weight Loss
0

Melatonin is a naturally occurring hormone. It is produced by the pineal gland and is produced in response to darkness. However, it tapers off when our body is exposed to light, i.e., sunrise.

As such, it’s also referred to by the name ‘darkness hormone’.

Melatonin is primarily responsible for the regulation of circadian rhythm. This means that melatonin facilitates normal bodily function while you sleep.

For instance, it helps with the reproduction system and contains antioxidants that stimulate white blood cells.

Melatonin exists in two forms. It can be synthetically manufactured and consumed in pill form, and it exists in natural form, as explained above. Synthetic melatonin is mostly used to remedy insomnia.

That said, melatonin also plays a huge role in metabolic processes. For instance, there is also an inherent connection between melatonin and weight loss.

WHAT IS THE CONNECTION BETWEEN MELATONIN AND WEIGHT LOSS? 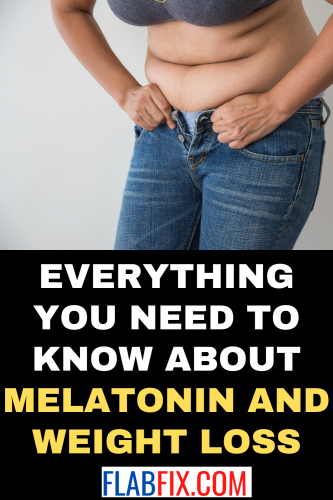 According to this study conducted on postmenopausal women, there is a relation between melatonin production and weight loss.

Melatonin is believed to facilitate weight loss primarily because it speeds up your metabolism. This happens in two ways.

First, melatonin can determine whether or not fat is used to provide energy or stored as-is. This is done due to the increased presence of a specific kind of fat known as beige fat’.

The increased presence of ‘beige fat’ is brought about by melatonin.

Second, it also raises the thermogenic capacity of mitochondria involved in metabolic processes. As a result, this stimulates calorie burning within the body.

According to a study involving postmenopausal women, it is believed that melatonin increases lean body mass.

Postmenopausal women are often in a stage where they find it difficult to lose body fat and gain muscle.

They are the perfect candidates to analyze the dynamics of melatonin and weight loss in a person.

Lean body weight refers to the mass of your bodyweight when body fat is subtracted. The range of lean body mass considered healthy is when your bodyweight makes up for 70-90% of your total weight.

A healthy, lean body mass ensures muscles and internal organs have a higher metabolic rate than the equivalent weight of fat.

As a result, this healthy percentage of lean body mass boosts your metabolism and makes it easier to maintain the healthy weight you want.

Melatonin is crucial in achieving a healthy lean body mass. This is because it ensures maximum recovery and effectiveness of any form of exercise, leading to a lean body mass.

Maximum recovery is achieved due to melatonin’s role in ensuring the reduction of exercise-induced oxidative stress.

As a result, it leads to better muscle protection, growth, and calorie burns, considering no muscle fatigue or damage.

HOW TO BOOST THE NATURAL PRODUCTION OF MELATONIN

Melatonin and weight loss are mutually exclusive. As such, the healthier the levels of melatonin in your body, the higher the chance of weight loss.

Research also shows that regular aerobic exercises increase melatonin production in the body. You can try out moderate to low impact exercises such as crunches and jumping jacks.

Exposure to sunlight whilst outdoors induces the production of serotonin – the precursor to melatonin by your brain. This hormone strengthens the internal circadian rhythm.

As such, during the night, the strengthened circadian rhythm ensures you will naturally feel the urge to fall sleep.

This ensures that you produce adequate, naturally produced melatonin which consequentially leads to weight loss.

SLEEP IN THE DARK

As obvious as it may seem, darkness provides the optimum conditions for the production of melatonin. As such, it is recommended that you should avoid late-night exposures to bright lights.

By exposing yourself to bright lights late at night, you subsequently delay melatonin production. Naturally, dim lights are recommended. That means staying away from things that expose you to bright lights before bedtime, i.e., watching television and using cellphones.

WHAT ARE THE SIDE EFFECTS OF MELATONIN?

As mentioned above, melatonin exists in two forms naturally and is synthesized in for. In most cases, synthesized melatonin is used to treat sleep disorders.

It is also a popular form of treatment as it doesn’t leave you dependent on it. However, just like most drugs, there are side effects to consistent use of melatonin.

As such, it is recommended for short-term use. The side effects of melatonin include:

A mild to moderate headache often indicates that you have taken the supplements for longer than required.

Melatonin can cause various issues with the stomach—for instance, cramps, diarrhoea and nausea.

Melatonin doesn’t have a ‘hangover effect’ when you take it. However, since the primary reason for taking melatonin is to induce sleep, it can cause.

This, however, doesn’t stick to just during the nighttime; the extended effect of the supplement can also cause daytime drowsiness.

It is therefore recommended to wait up to five hours before operating heavy machinery. This is because when under the influence of melatonin, you tend to be less alert.

If taken in excess amounts, it leads to a prolonged period of low blood pressure which can cause health complications.

Low blood pressure means that the organs are not receiving enough oxygen. This can lead to disruption of heart and brain function.

Deviations often cause melatonin deficiency in amplitudes, phasing, and coupling of circadian rhythms.

Certain factors, however, influence the disruption of the circadian rhythm. Some of these factors include:

Diseases such as dementia, mood disorders, cancer and diabetes type 2

WHAT MEDICATION CAN INTERACT WITH MELATONIN?

Melatonin and weight loss go hand-in-hand. However, there are groups of people that are discouraged from taking melatonin.

For instance, people with arthritis and lupus are discouraged from taking this supplement. This is because melatonin can trigger an inflammatory response and worsen the condition.

A steady circadian rhythm, more often than not, involves melatonin and weight loss.

Whether one is the consequence of the other or whether another causes one, there is an intricate relationship between the three.