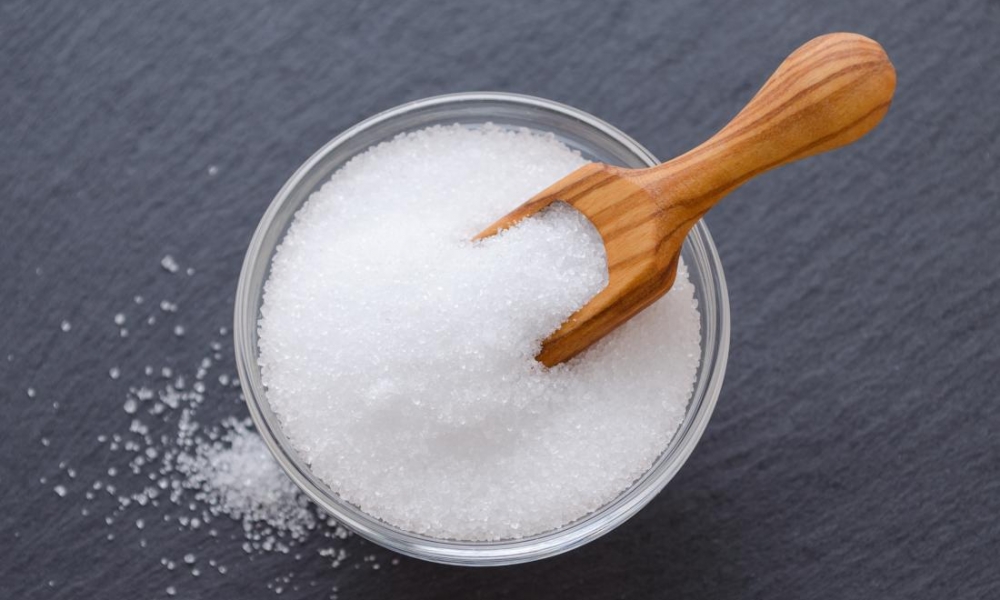 By Pharis K
In Healthy Eating
0

Bloating from sugar alcohols can make you very uncomfortable.

Sugar alcohols do not refer to ethanol present in beer and other alcoholic drinks.

The term “sugar alcohols” refers to the organic compounds in carbohydrates without a lot of calories compared to other sugars.

Today, we will look at 12 ways on how to get rid of bloating from sugar alcohols.

HOW TO GET RID OF BLOATING FROM SUGAR ALCOHOLS 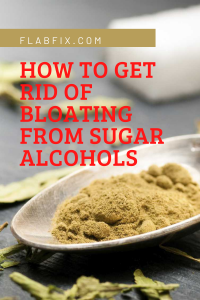 1. LIMIT THE INTAKE OF SWEETEND FOODS

Research shows that there are a lot of foods we ingest with sweeteners which cause bloating and flatulence.

Foods with sweeteners pile more pressure on your digestive system. When you consume foods with sugar alcohols in large amounts, your body is not able to digest most of them.

When consumed in large quantities, they are moved to the large intestine where they produce excess gas, bloating, and diarrhea in extreme conditions.

You can avoid this by taking just a small portion of foods with sweeteners to ease the burden on the absorption and digestion of sugars.

Recent studies indicate that sorbitol – a sugar compound – accounting for at least 60% of calories found in sugar-free foods and drinks is not good for your digestive system.

Sorbitol can be found in spreads and soft candy.

Scientists in their studies explain that sorbitol moves to the large intestine where it is broken down by bacteria into tiny molecules.

Gases produced in the process cause flatulence and bloating. In severe cases, it causes abdominal cramps.

Avoiding “sugar-free” foods and drinks is a sure way to get rid of bloating from sugar alcohols.

3.LOOK OUT FOR SORBITOL AMOUNTS YOU TAKE

Sugar free products are a bait. You take more of them because of their smooth and refreshing taste.

To stay safe, avoid taking foods with sorbitol especially if you suffer from a condition known as “Sorbitol Intolerance”.

Sorbitol Intolerance is where your body’s capability to absorb sorbitol is lower than at optimal levels.

The fizz in all carbonated and dietary drinks cause a lot of harm to your belly.

The fizz is deposited in your stomach which causes bloating. Diet soda also cause severe bloating.

This is because they also contain artificial sodas on top the sugar alcohols which are not absorbed completely by the digestive system.

The unabsorbed sugars cause fermentation in the stomach and intestines and produce gas which causes bloating.

Sparkling water also has carbonated air bubbles. Once taken, the air builds up in the stomach causing bloating.

It is advisable that you cut down on the number of fizzy drinks you take in a day.

5. LIMIT THE NUMBER OF CHEWING GUMS YOU TAKE

The outer coating of chewing gum has a lot of natural sweeteners that contain sugar alcohols.

While chewing, you also swallow a lot of air which causes bloating. Although chewing could be an addictive habit, it is advisable that you stop it in a bid to get rid of bloating from sugar alcohols.

While chewing, it is also recommended that you eat slowly to regulate the amount of air that you swallow.

A lot of snacks have high amounts of sugar alcohols which is a recipe for bloating.

If you are a lover of dairy desserts or a gum addict, try out healthier snacking options to avoid bloating.

It is recommended that you take high-fiber snacks such as fruits and vegetables and also consider popcorn which has a lower fat index.

7. LIMIT THE AMOUNT OF PROCESSED FOODS YOU TAKE

Most processed foods contain high amounts of sugar alcohols which are not easily digested as it has low fiber.

Checking the particular amounts of sugar alcohols and sodium in processed foods helps in getting rid of bloating from sugar alcohols.

Nutritionists further recommend that foods with a high amount of sugar alcohols or sodium be avoided.

There are a variety of anti-bloating drinks that you can take. You can easily prepare them at home.

Among them is the unsweetened version of green tea. It boosts metabolism which in turn increases digestion thereby reducing bloating in the stomach.

Lemon water or a slice of cucumber taken with water also increases metabolism in your body.

These drinks help you get rid of bloating from sugar alcohols effortlessly.

Research shows that peppermint has a lot of positive benefits to the body.

Peppermint alleviates bloating in your stomach due to its menthol and menthone compounds. These compounds contain digestive and antispasmodic capabilities.

The menthol and menthone in peppermint increase the production of gastric juices and bile in the stomach thereby facilitating digestion.

Dr. Sarah Brewer, the medical director of Healthspan recommends the use of peppermint oil.

Peppermint oil increases gastric emptying by triggering the production of bile and other digestive juices. This eases bloating, flatulence, and indigestion.

It relieves bloating in a matter of minutes.

Watermelons are a healthier option to quench your thirst. They contain water and are low in calories despite the sweet taste.

A watermelon rehydrates the body and helps flush out excess salt in the body which is a key component of sodium which in large amounts, causes bloating.

For a refreshing and enjoyable feel, you can blend the watermelon and drink up the fine smoothie.

Pineapples, on the other hand, contain bromelain, an enzyme that reduces inflammation in the stomach and stimulates the digestion process.

Starchy foods especially the processed ones have high amounts of calories.

Foods such as white bread, pasta, white rice, cakes, and crackers are starchy. When the undigested sugars move to the intestines, they produce hydrogen and carbon dioxide.

Fatty foods keep the stomach full for longer and lead to the build-up of gases in the stomach.

To get rid of bloating from sugar alcohols, choose healthier food options such as whole-grain products. Brown bread, brown rice, oats, and root vegetables are recommended.

Whole grain products have a high fiber content which aids in digestion.

You can also get over-the-counter drugs specifically Alpha-galactosidase which contains an enzyme that triggers digestion of the sugar alcohols that produce gas in the stomach and intestines.

Simethicone is another type of medication that treats bloating by dissolving gas bubbles in the intestines.

Cayenne pepper and turmeric are great in relieving your stomach from bloat.

Cayenne pepper has detoxifying properties and hastens the digestion process.

Turmeric has “curcumin”, an element that supports the gut by stimulating the gallbladder to produce bile which aids in digestion.

Curcumin relieves the stomach of bloating and abdominal pain. You can take it in powder or liquid form.

While it might not be possible to entirely avoid sugar alcohols, you can at least take care not to be a victim of the bloating they are known for causing.

If you are really intent on losing weight, you may want to try our 28 fat-blasting workouts that will help you shed off unwanted weight in no time. 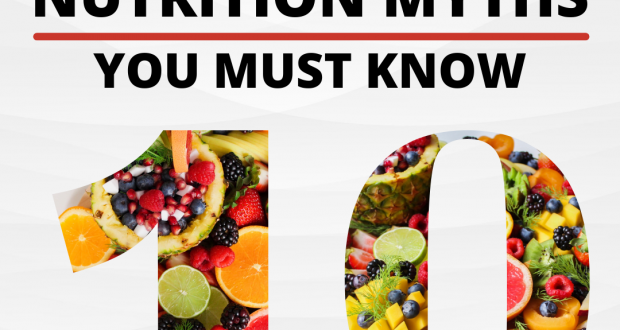 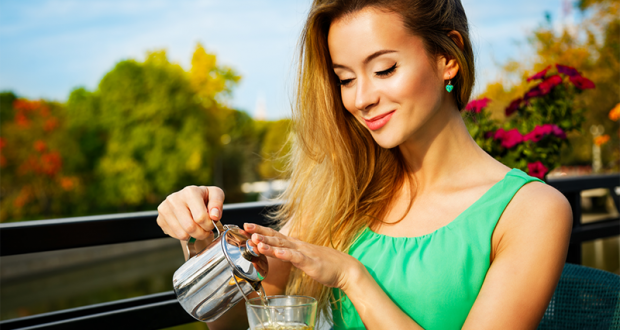