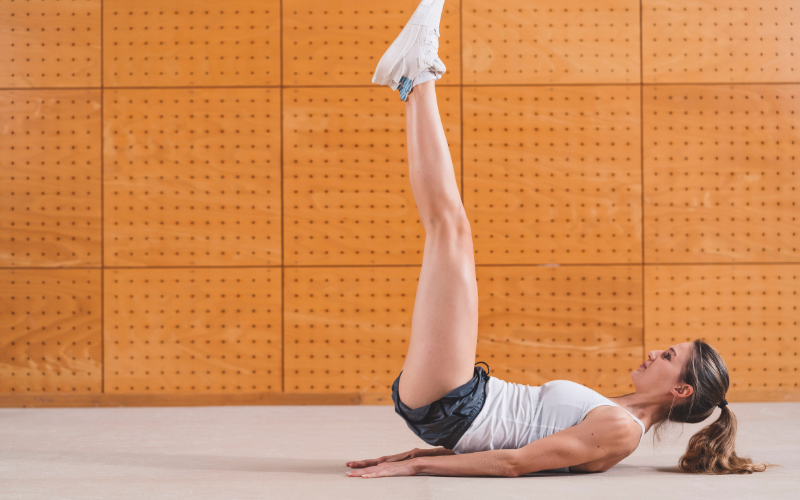 How To Do Weighted Leg Raises Properly

By Laura A
In Ab & Obliques, Exercise Guide
0

Weighted leg raises are a progression of the standard leg raise that use weights to add resistance to the exercise and tension to your muscles.

If you are interested in building a rock-hard core, you probably already know that crunches and sit ups aren’t the only way to go about it.

In fact, they may not even be the best way to build your core considering how much they limit lower ab involvement.

Fortunately, exercises like weighted leg raises do a much better job engaging your entire core so you end up with a full six-pack rather than a four-pack.

If you already know how to do the basic leg raise, the only thing you’ll need to add to it is a dumbbell between your feet.

But if you have absolutely no idea, the steps below will teach you the correct form from scratch. 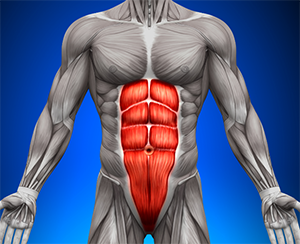 In your core, this exercise works all the muscles with special emphasis on the rectus abdominis (aka the six-pack muscle).

The rectus abdominis is the most superficial core muscle whose function is to rotate and flex your lower back, and stabilize the pelvis during your movements.

Weighted leg raises activate both the upper and lower areas of this muscle. 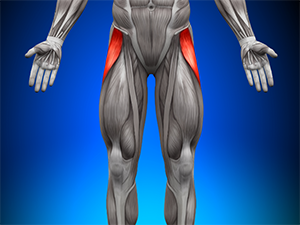 The iliacus and psoas major muscles are the hip flexors engaged during this exercise.

These two muscles (also known as the iliopsoas) work together to flex your thighs as you lift your legs.

They are assisted by the tensor fascia latae of the thigh which is also activated during the lift.

The primary business of this movement is to strengthen the muscles in your core.

This is does very effectively with the help of extra tension from having the weight lodged between your feet.

A stronger core stabilizes your spine and lower back to give you an upright posture.

Weighted leg raises are one of the easiest ways to achieve spinal decompression.

Pressing your lower back to the ground while your core is activated and your legs raised  allows the muscles, ligaments, discs and tendons in your spine relax and lengthen.

This could help relieve pain in your lower back especially if the cause is spinal compression.

The hip flexors involved in weighted leg raises assist with flexing your hips as you lift your legs with a dumbbell between your feet.

The hanging leg raise is a leg raise done on a pull-up bar.

Instead of keeping your torso pressed to the ground like you do in weighted leg raises, you hang your body from a pull-up bar and lift your legs using your core.

Another way to make it easier apart from using the platform is bending your knees during the raise phase.

This is a full core workout that also involves your glutes, shoulders, hip flexors and lower back.

It is an advanced exercise, so if you are a beginner you may want to keep off it until you gain the amount of core strength it requires.

A heavy weight will not only make it easy to lose your form but also put you at risk of getting injured should it slip from between your feet to your torso.

And even if it doesn’t fall, it could place so much strain on your back that you may end up with lower back or spinal injury.

Keep the weight light to reduce the risk of such injuries.

NOT TIGHTENING YOUR CORE

You are going to need a whole lot of stability to keep your upper body pressed to the floor throughout the lift.

That much stability can only be achieved if you tighten your core during the lift.

Also, this is a core exercise; of what good would it be if you don’t do it with a braced core?

PEELING YOUR SHOULDERS OFF THE GROUND

Your upper body should not get engaged during this exercise at all.

Letting your shoulders come off the ground will likely reduce core engagement, making the exercise much less effective.

Add them to your core routine for a well-rounded workout that works your entire core in addition to your hip flexors.