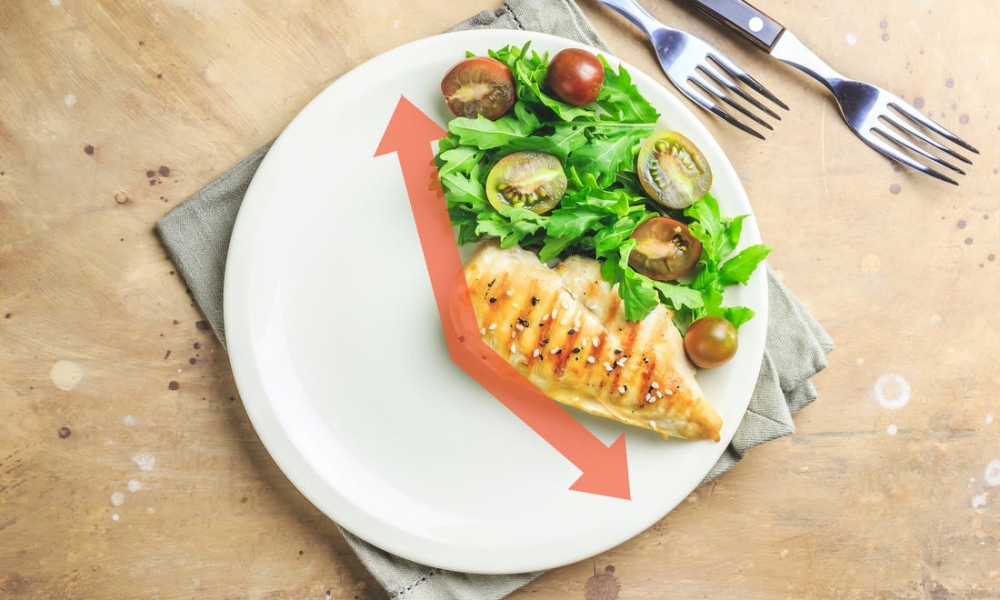 10 Proven Benefits Of 36 Hour Fast Once A Week

A full fast refers to subjecting yourself to no food intake at all. You could also significantly reduce your calorie intake to about 500 calories in total for 36 hours.

Fasting can mean different things to different people. During this period, some drink only water and black coffee. Some include bone broth.

Nonetheless, as long as your calorie intake doesn’t exceed 500 calories for the 36 hours, you’re within the ballpark.

There are numerous benefits to alternate-day fasting. We take a look at those specific to a 36 hour fast once a week. They include:

BENEFITS OF 36 HOUR FAST ONCE A WEEK 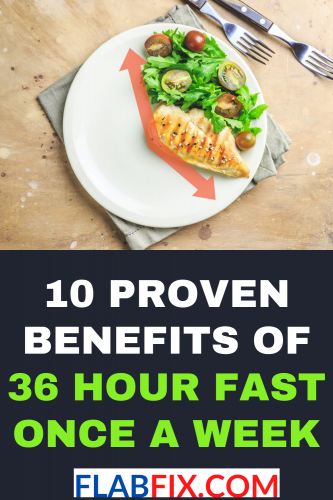 According to studies, alternate-day fasting, i.e., a 36 hour fast once a week, can raise the basal metabolism rate. This results in the burning of excessive calories.

This rise is probably due to higher levels of norepinephrine, which comes about due to low sugar.

However, it is important to note that if the fast is carried out too frequently, it could raise the basal metabolic rate instead.

Excess fat, i.e., belly fat, is also likely to be spent instead of nutrients such as carbohydrates. This is also due to higher norepinephrine levels.

As a result of the 36 hours fast, the body actually burns fat instead of carbohydrates for energy even when you resume normal food intake. At least during the early days of resumption.

There is, however, a possibility that this shift can remain permanent after a while. This means swinging the substrate the body uses to fat preferentially.

It is, however, remaining unclear how long it takes to activate this shift.

This is because you develop the mental discipline to avoid feeding into your desires– pun intended.

It also provides you with the opportunity to face the real issues at hand rather than hide behind food.

At the end of the day, the 36 hour fast once a week ensures you develop the mental strength to avoid cravings and prevents the setbacks of sneaking in excessive calories.

A 36 hour fast once a week play a role in reducing bad cholesterol levels by decreasing triglyceride levels.

It also increases the level of adiponectin. Adiponectin has anti-plaquing properties. This prevents clogging of arteries that lead to high blood pressure.

On top of this, leptin, which facilitates the formation of plaque within arteries, is reduced.

If you’re suffering from high blood pressure and on top of physical exercise, you want to make some dietary changes; you might benefit.

A 36 hour fast once a week can thus be of help. This is if you’re looking for a balance between reduced calorie intake and working out.

Fasting can lower the demand for insulin within the body. As a result, it improves human growth hormone levels.

The demand for insulin reduces due to the lack of calorie intake. When we consume food, i.e., carbohydrates, they are broken down into sugar that the body consumes as energy.

Insulin comes into play as it’s the only way sugar can enter the cells is through insulin. Now considering there is no food being consumed, the need for insulin drops.

Researchers believe that fasting has a massive effect on human growth hormone levels (HGH). A statement supported by a recent study.

According to the researchers, after three days of fasting, the test subjects’ HGH levels increased by 300%.

This increase in HGH facilitates growth as they are responsible for growth, cell repair, and metabolism.

HGH is also responsible for muscle growth and strength, which helps you engage in physical exercise.

While you set out on a weight-loss mission, the goal is often to burn excess calories manifested as fat.

If your weight-loss mission doesn’t involve exercise, you might lose more than just calories. More often than not, you might end up losing lean mass.

Lean mass refers to all other body mass except fat, including muscle. Recent studies, however, reveal that engaging in intermittent fasting can help maintain lean mass.

As such, engaging in a fast could be more beneficial if you aim to maintain certain lean mass levels.

Excessive strenuous exercises cause inflammation in tissues such as the blood and skeletal muscles.

This is because of the excessive production of chemical molecules such as the reactive oxygen species  (ROS).

These chemical molecules end up causing oxidative stress on the cells of tissues. As a result, inflammation occurs.

Fasting for more than 24 hours is believed to lower this kind of inflammation.

When you fast, oxidative stress in the cells is lowered due to the lowered production of ROS.

Having a good circadian rhythm ensures you sleep deeper and better. Proper sleep is crucial if you want to avoid weight gain.

As such, participating in a 36 hour fast once a week helps you develop a healthy sleep pattern and avoid weight gain.

Studies reveal that fasting has had a positive effect on athlete’s body mass. It has also affected the health markers of these professional athletes.

A recent study implies that fasting among patients with type-2 diabetes made them susceptible to improvement in key markers. These key markers are inclusive of their body weight.

Fasting gives a break to your digestive system from the tedious task that is digestion. This occasional break protects you from conditions such as postprandial endotoxemia.

This condition is associated with unhealthy disorders such as obesity.

HOW MUCH WEIGHT CAN I LOSE ON A 36 HOUR FAST?

The lack of food often means that the body will burn calories commensurate to its basal metabolic rate.

If you exercise on top of fasting, calories lost through exercise will be added on top of the basal metabolic rate.

The average basal metabolic rate for men is 1800 kCals while that of women’s is 1400 kCals.

HOW OFTEN SHOULD YOU DO A 36 HOUR FAST

36 hours is a pretty long stretch of time to go without food. However, studies and researchers alike have dispelled the theory that it isn’t possible.

It is, however, vital you keep things moderate. A 36 hour fast is thus recommended twice or three times max every week.

This regulation is to preserve muscle mass and prevent a reduction in basal metabolic rate.

Just like everything, alternate-day fasting has both sides of the coin. There are sections of the medical community that fasting is too harsh.

Also, they suggest that such extreme measures should only be used when necessary, for instance, during the early stages of an obese person’s weight loss plan.

However, like any practice, moderation is key. As long as it is not overdone, a 36 hour fast has multiple short-term and long-term benefits.

It should thus be given a fair shake before you make any permanent decisions.

How To Do Cable Tricep Pushdowns Properly

How to Do Cable Chest Fly Properly

How to Do Bent Over Tricep Extension Properly

How to Do Bench Leg Raises Properly

How to Do Banded Tricep Pushdown Properly