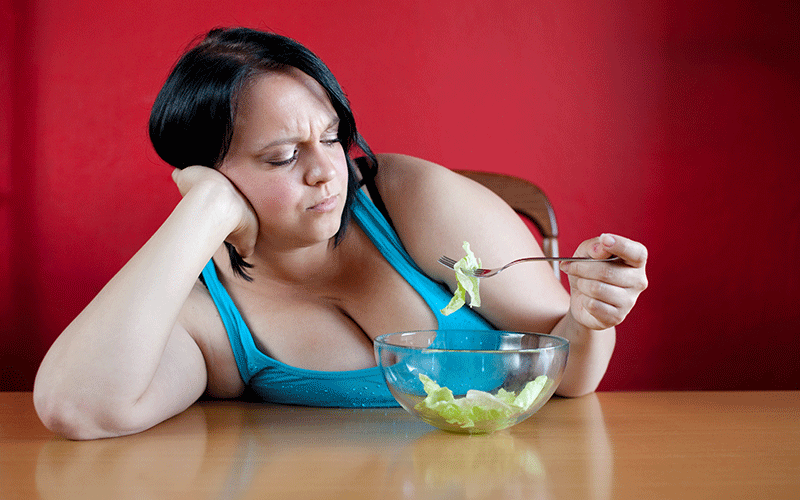 The Truth About Breakfast – Is Skipping Breakfast Good or Bad?

By Brian Syuki
In Nutrition
0

For years we’ve been told that breakfast is the most important meal of the day. In fact, it’s widely believed that skipping breakfast is bad for your health and causes weight gain.

But recent research has a different perspective on breakfast. New studies claim that skipping breakfast can help you lose weight and improve insulin sensitivity.

So, I have decided to write this article and end the confusion. I will look into various studies on breakfast, how breakfast affects weight loss and muscle growth, the best foods to eat for breakfast, and much more… 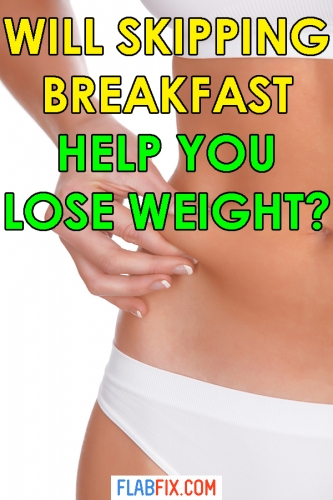 Some popular studies show that skipping breakfast causes weight gain. But these studies don’t tell it all.

Let’s look into this study conducted in 2007. It involved more than 20,000 Americans between the age of 46 and 81. The researchers wanted to find out whether skipping breakfast caused weight gain. And they concluded that breakfast eaters were less likely to gain weight than those who skipped it.

This study ignored the fact that most breakfast eaters practice healthy eating habits. While people who skip breakfast are regular drinkers and smokers and don’t exercise. There’s a chance that weight gain is caused by these habits – not skipping breakfast.

Now, let’s look into this controlled and randomized study published by Columbia University. The researchers divided the subjects into three groups. One group ate oatmeal for breakfast, the second group ate frosted flakes for breakfast, and the third group skipped breakfast.

At the end of the study, only the group which skipped breakfast lost weight.

Here is a possible explanation for why this happened.

Skipping breakfast reduces the number of hours you’ll eat in a day, and this helps you eat less. This is demonstrated in a study conducted at Salk Institute for Biological Studies.

Even though the study was conducted on mice, the findings can’t be ignored. The mice were put into two groups. One group ate any time they wanted and the other group was restricted to a feeding window of 8 hours. The group which ate whenever they wanted, gained fat, developed high cholesterol and high blood glucose. While the group restricted to 8-hour feeding window didn’t gain weight.

Another study shows that skipping breakfast can reduce daily caloric intake by 400 calories.

Researchers don’t seem to agree on whether it’s better to eat breakfast or skip it. So, the most important thing is to stick to healthy eating habits. After all, breakfast eaters lose weight successfully and so do folks who practice intermittent fasting.

The idea that breakfast is the most important meal of the day implies that it’s a more superior meal than others. Well, let’s see if that’s true.

Frankly, weight loss is about calories in vs calories out, not the time you eat your meals. It doesn’t matter whether you divide your meals into 6 small meals or eat 2 big meals. It’s the total number of calories you consume per day that determines weight loss.

Bath University actually conducted a study to find out whether skipping breakfast slows down metabolism. The subjects either skipped or ate breakfast, for 6 weeks. The researchers found that the metabolic and cardiovascular health didn’t change. And they concluded that eating or skipping breakfast has no effect on the resting metabolic rate.

Eating in the morning won’t boost your metabolism. The best way to increase your metabolism is to change your body composition – reduce body fat and build more muscle.

Does skipping breakfast cause loss of muscle?

Most folks don’t want to go for long without eating due to fear of losing muscle. While your fears are somehow valid, you shouldn’t worry much.

Also, it’s okay to exercise in the morning before breakfast. It actually has some benefits.

There’s a common belief that eating breakfast controls blood sugar and insulin levels. The hormone insulin is responsible for muscle growth as well as fat loss.

Some experts argue that breakfast is the best meal to eat lots of carbs since insulin sensitivity is high at that time.

In fact, people with diabetes are able to manage blood sugar levels better through intermittent fasting.

Even though skipping breakfast doesn’t cause weight gain, eating it has some benefits.

Note that these benefits may not be true for everyone. In fact, some people get sluggish when they eat breakfast.

As I mentioned earlier, breakfast eaters weigh less than folks who skip breakfast. Here’s why it’s so.

For one, healthy breakfast eaters make better food choices in other meals and they live healthy lifestyles.

The second theory is that breakfast eaters tend to be more active through the day and end up burning more calories.

Best foods to eat for breakfast

If you choose to eat breakfast, make sure it is healthy. Breakfast shouldn’t be different from any other meal. It should include the three macronutrients (proteins, carbohydrates, and fats).

Frankly, there are no specific foods you should eat for breakfast, eat the foods you prefer given that they are: rich in fiber, nutrient dense, close to the original state (non-processed) and not high in calories.

As you can see, this breakfast meal contains all macronutrients and it’s filling because all the foods are rich in fiber.

Don’t forget to adjust the amount of food you eat to match your caloric needs. 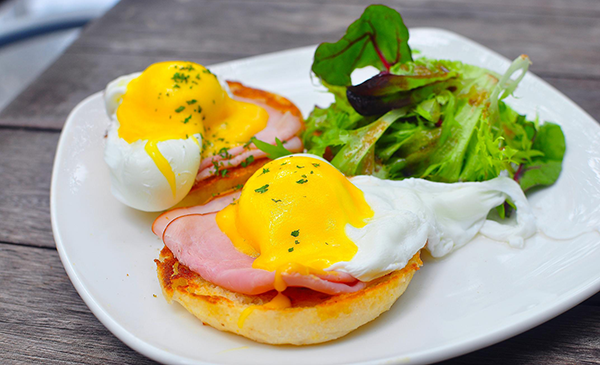 My take on breakfast

Certainly, skipping breakfast doesn’t cause weight gain as many have been led to believe. So don’t force yourself to eat in the morning if you don’t want to.

Personally, I eat breakfast because I’m usually hungry in the morning and it improves my concentration. But realize that your body is unique – don’t eat at a certain time because someone said so. Eat when you’re hungry!

Listen to your body and do what you can stick to long-term.

What’s your take on breakfast?