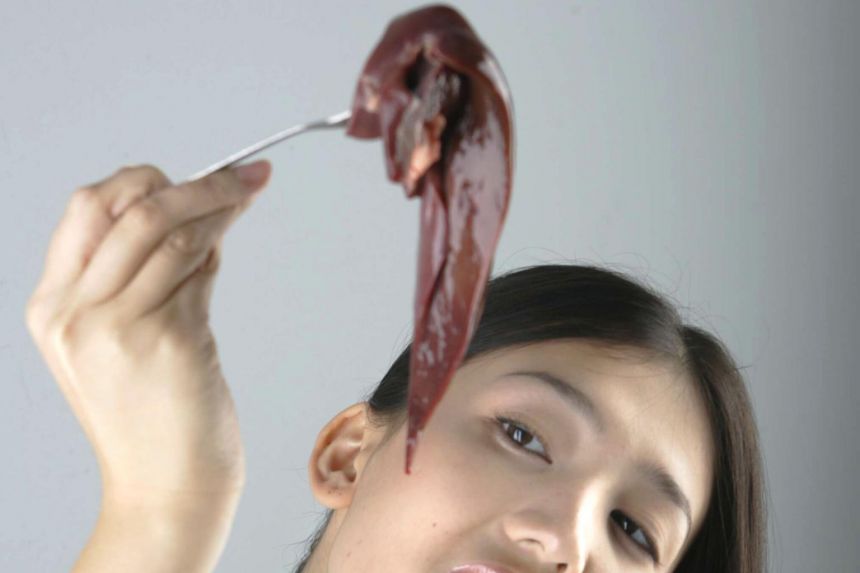 12 Dangers of Eating Too Much Liver

Liver is touted as one of the most nutritious parts of meat from an animal. Whether it’s chicken, beef, pork, lamb or goose it’s hailed for its high iron content.

For instance, beef liver is highly recommended to women while on your period. It is also popular for its high vitamin A and retinol content all which are good foe eyesight and skin.

That said its balance of nutrient contents can be pretty detrimental if consumed in large quantities.

Let’s take a sample size into consideration. According to the UK government food safety advisor’s body, 1 in 10 adults endanger their lives by eating too much liver.

DANGERS OF EATING TOO MUCH LIVER 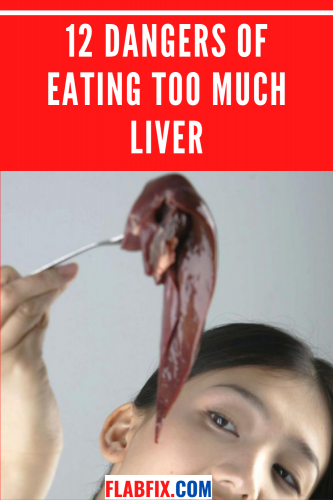 These are some of the specific dangers of eating too much liver.

1. CAN LEAD TO HIGH CHOLESTEROL

Liver is a good source of dietary cholesterol. This refers to the cholesterol acquired from foods rather than produced by your own body.

However, when you consume excessive amounts of liver, you expose yourself to high cholesterol levels as one of the dangers of eating too much liver.

This is because the dietary cholesterol added on top of the cholesterol your own liver produces raises cholesterol to unhealthy levels.

This creates the precedent for health problems because excess cholesterol combines with substances in your blood called plaque.

Plaque sticks to the walls of your arteries causing them to get narrower and ultimately impedes proper blood flow.

This buildup of plaque often leads to coronary artery disease.

Liver is a very rich source of vitamin A. In fact, to a certain extent, it might be too rich a source. This is because getting exposed to too much vitamin A can be toxic.

This however doesn’t mean that vitamin A isn’t beneficial. Primarily, vitamin A is vital for normal vision, a healthy immune system and reproduction.

The type of vitamin A found in liver is preformed vitamin A which is found in meat, fish, poultry and dairy products.

The excess vitamin A that you consume is stored in the liver for future use. As such, this exposes you to the dangers of too much liver considering the more liver you consume the more vitamin A builds up.

In the long run, this build up leads to vitamin A toxicity which is referred to as hypervitaminosis

The dangers of eating too much liver extend to the medication we take. This is because the nutritional components of liver i.e., vitamin A are able to counteract the effects of the medicine you take.

For instance, if you’re taking certain psoriasis medication it might be best to consult your doctor before introducing liver into your diet.

Liver’s nutrient potency is so high that it borders on becoming a liability. Some of the high nutrient components that liver contains includes

According to studies, liver contains up to 7 times the required amount of copper. Similar to vitamin A every time you eat liver the excess copper is stored in the liver.

This builds up and can get to dangerous levels. In the event they do, they kill liver cells and cause nerve damage.

If this is undetected and left untreated it can become fatal.

When your liver accumulates excessive amounts of vitamin A from eating too much liver, it leaves you susceptible to Stargadt disease.

However, for one to contract this disease, they have to be genetically predisposed. What happens is that genetic expression causes vitamin A to build up in the eye causing damage to the eye.

This can lead to either partial or complete blindness.

As mentioned above, excessive consumption of liver counteracts osteoporosis medication. As such, it leaves you nursing symptoms which is mostly bone pain.

Bone pain refers to sharp pain which can leave you nauseous as a result of its intensity. It isn’t as easy to curb as joint or muscle pains.

Therefore, it is recommended that if you experience bone pain, seek your doctor’s advice.

7. LEAVES YOU SUSCEPTIBLE TO BONE FRACTURES

The damages of eating too much liver includes the reduction of your bone thickness. The bones ability to withstand stress from daily activities is however dependent on the bone’s density.

As a result, this leaves you with weak, fracture prone bones that buckle under the slightest bit of stress.

Excess copper from consuming too much liver triggers oxidative stress. This refers to the imbalance between free radicals and antioxidants in your body.

When there are more free radicals in your body than antioxidants, damage is done to fatty tissue, lipids and DNA.

These are important parts of your anatomy, therefore damage to leaves the body in an unhealthy state. This could lead to contraction of a number of diseases.

Consumption of too much liver leads to the seepage of copper into the bloodstream. Once in the bloodstream, the copper in your blood feeds on blood headed for the brain.

This results in the destruction of nerve cells that perform roles such as thinking, learning and remembering.

In the end this could lead to loss od cognitive and motor functions.

According to studies, eating excessive amounts of liver leads to neuron cell death as a result of copper toxicity.

As a result, this can lead to basal ganglia degeneration. This is a neurological disorder that gets worse over time.

It is characterized by shrinkage of multiple areas of the brain i.e., basal ganglia and cerebral cortex.

However, this applies to only people whose genetic predisposition leaves them susceptible to such neurodegenerative changes.

Eating liver once or twice every month isn’t bad for anyone especially pregnant women seeking nutrients.

However, eating it more than these recommended times exposes the mother-to-be to the dangers of eating too much liver.

Liver is full of nutrients such as retinol which can cause defects to your pregnancy during its formative stage.

The dangers of eating too much liver go beyond harming the fetus. Too much retinol can also cause anatomical damage.

This can lead to a decrease in fertility

WHAT LIVER IS HEALTHIEST TO EAT?

Due to the role of the liver as an organ beef liver is probably the most nutritious food on earth. It contains numerous essential nutrients such as vitamin B12. However, this is where the problems begin.

It is therefore recommended that you regulate just how much liver you eat. As a rule of thumb the recommended portion is 4 ounces.

This serving is enough to provide you with the recommended amount of nutrients.

The dangers of eating too much liver are detrimental across the board. However there are certain groups that are more susceptible than everyone else.

This is because as mentioned above eating too much liver can damage a fetus.

Gout is caused by high levels of uric acid in blood. Liver is high in purines which are responsible for formation of uric acid.

This can therefore lead to excessive amounts of uric acid in your blood which flares up your gout.

However, it is not all gloom and doom. If taken in the right amount, liver has numerous benefits.