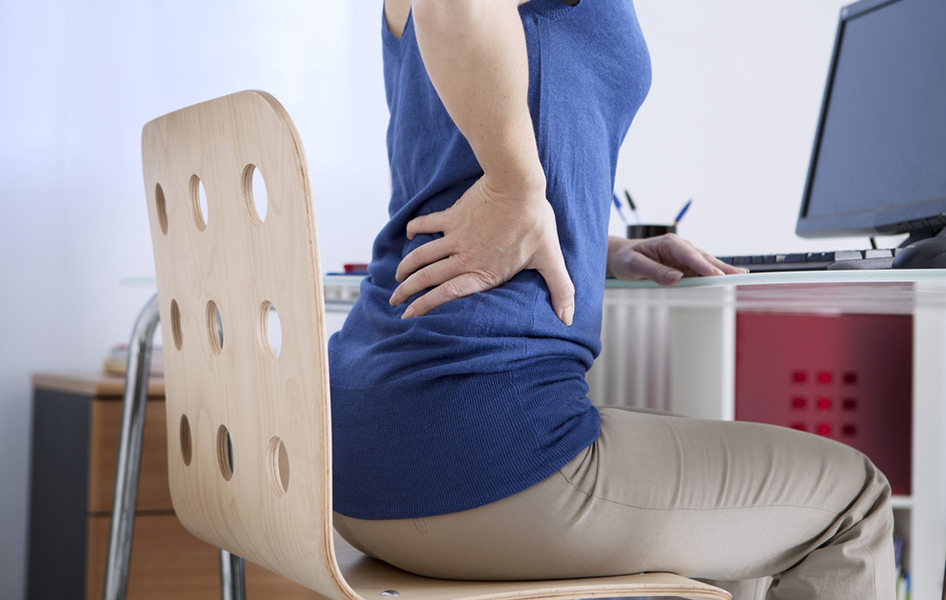 7 Signs You Have Tight Psoas and How to Loosen Them

In the modern-day and age, a lot of our days involve mostly seating down throughout the day. If that’s the case, you probably have tight psoas muscles.

The psoas muscles are a prime hip reflexor and are attached to the hip and spine deep within the core. As such, they are arguably one of the most important muscles in the human body.

The psoas becomes tight as a result of strain or overuse. This usually happens when you sit for too long or overexert yourself during physical activities, i.e., cycling, running or even sit-ups. 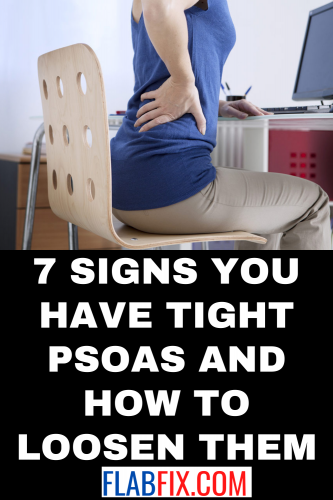 Due to the psoas muscle’s influence in the body, tight psoas will most likely lead to exhibition of certain signs. They include:

1.HARDER TO FLEX YOUR HIP

As illustrated above, seating for too long or overexerting yourself physically leads to having a tight psoas. This leads to limited hip mobility.

The psoas often moves over the head of the femur in the hip socket. As a result of a tightened, shortened and weakened psoas, this movement becomes constrained, limiting hip mobility.

In the event you have tight psoas, it is often accompanied by lower back pain. When the psoas muscle becomes tightened or shortened, they pull the small of the back forward.

Consequentially, this facilitates excess curving of the lower back. This, therefore, increases stress and pressure on the lumbar vertebrae. As a result, you end up feeling lower back pain.

According to studies, the most common cause of snapping hip syndrome is the iliopsoas tendon slipping over the iliac muscle.

4.RADIATING PAIN DOWN THE LEG

As such, tight psoas muscles irritate the sciatic nerve. This triggers a chain of events which ends with pain running down the back of the right leg and stops at the knee

5.INSTABILITY IN THE CORE OF THE BODY

6.DISCOMFORT AND PAIN IN THE HIP SOCKET

In the event it does, it usually causes discomfort, pain and discomfort in the hip socket.

7. TENSION AND SHORTNESS OF BREATH

The diaphragm is connected to the t12, which is the 12th vertebrae in your spine. The t12 is part of the spinal column responsible for supporting the upper part of the body.

This, therefore, creates a link between the psoas and diaphragm. This is because the upper psoas connects with the thoracic spine where the psoas is linked to.

When the diaphragm and the psoas are linked, it causes a restriction in the abdomen, which leads to a limitation of breath.

There are various ways of dealing with a tight psoas muscle, all of which primarily revolve around exercise. However, since psoas is so deeply rooted in the core of your body, pilates is highly recommended.

Pilates engages the core and through practice nurtures torso and hip stability. Some of the exercises you can engage in include:

To perform the psoas stretch, you need to:

Lie on your back with your knees bent and feet on the floor. Bring one knee toward your chest and extend the other leg long. Try to avoid overarching your lower back.

From hands and knees, extend one leg out to the side and turn the toes in slightly to press firmly into the outside edge of the foot. Cycle through a few rounds of mini Cat-Cow stretches by extending and flexing your spine—similar to pelvic tilts—to work your psoas muscle

The steps are as follows:

Lie on your back with your knees bent and feet on the floor. Rest your arms wherever is comfortable—either by your sides or out wide. You could also bend the elbows. Optional: extend one leg out long at a time. Koch says one of the best ways to release the best psoas is constructive rest. She says it’s a position that’s more about being than it is doing. Constructive rest allows the psoas and lower back to release, which regulates the central nervous system.

From a seated position bring both feet to the floor and place your hands on your hamstrings as you lift your shins, keeping your knees bent. Straighten the legs to form a V-shape as you reach your arms out in front of you. Try to maintain a tall and upright spine. B

To perform the pyramid pose:

Start in a downward dog position. From there, set one foot forward between your hands and hop the back foot in slightly so you can turn the back toes in and press firmly into the outer edge of the foot. Soften the knees and fold the torso forward.

This is a stretching exercise aimed at avoiding pain. To perform the exercise:

Lay down on your back with your knees up and arms on the ground. Lift your pelvic region into the air, tucking it under. Hold this pose for 5 to 10 seconds. Lower your pelvis back to the ground. Repeat as many times as your comfort will allow

Similar to the ground bridge, this is a stretching exercise meant to avoid pain. To do a standing stance, pelvic tilt do the following:

Stand up straight with good posture, chest pointed up and shoulders back. Push your pelvis back and under. Hold this pose for 10 to 20 seconds. Release.

For instance, a tight psoas muscle can cause rib thrusting. This usually occurs where you push your ribcage forward usually by arching your arch back.

This leads to quick, shallow, chest breathing which limits the amount of oxygen taken in.

CAN YOU MASSAGE PSOAS MUSCLES?

It is possible to massage the psoas muscle. However, due to its location deep within the body, it is a gruesome task.

This is because it is hidden behind a wall of guts and abs. That said, the harder task lies in the patients build rather than the location of the psoas.

All things considered, massaging the psoas is a viable option, but it does require a certain level of expertise.

A Tight psoas muscle can be very uncomfortable with numerous effects all across the body. It is however manageable with the right exercises.

In the event, pain persists its prudent that you seek advice from a doctor.