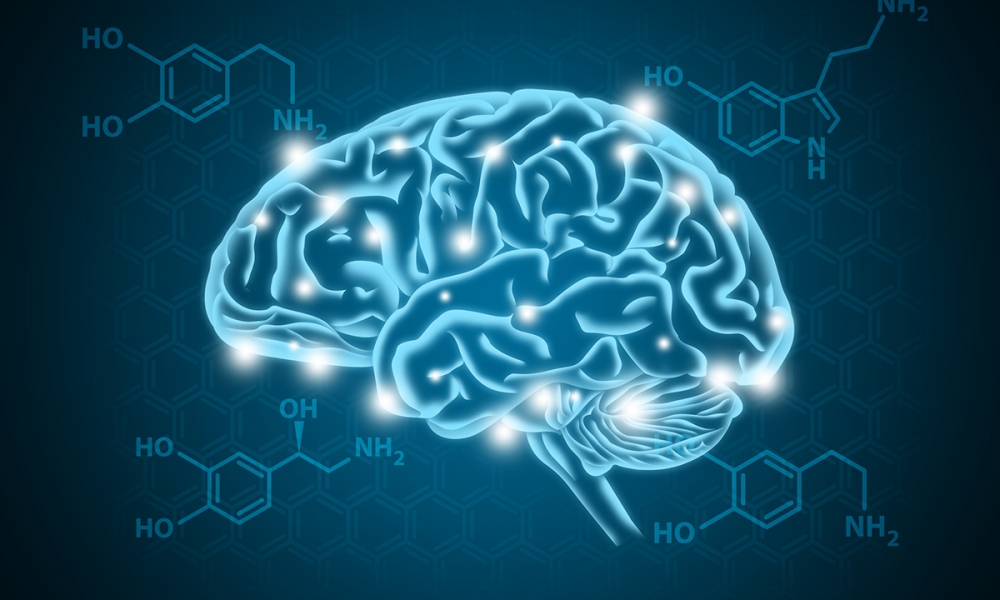 By Diana N
In Wellness
0

Dopamine is a type of neurotransmitter. Your body produces it, and your nervous system uses it to send messages between nerve cells.

That’s why it’s sometimes called a chemical messenger. Dopamine plays a role in how we feel pleasure.

It’s a big part of our uniquely human ability to think and plan. It helps us sleep, strive, focus, and find things interesting. 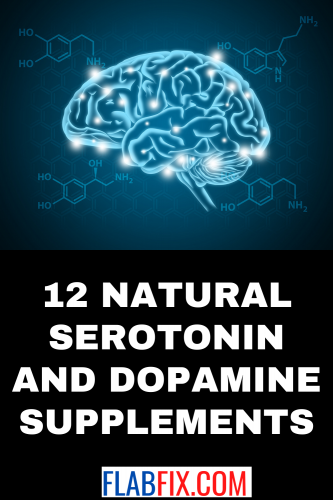 Serotonin is most commonly present in the digestive system, but it is also found in blood platelets and the central nervous system. It affects all aspects of your body, from your emotions to your motor skills, and is considered a natural mood stabilizer.

It’s a chemical that enables you to sleep, eat, and digest.

Under normal circumstances, the production of dopamine and serotonin is effectively controlled by your body.

There are, however, numerous lifestyle variables and medical conditions that may cause their levels to plummet, forcing one to instead turn to serotonin and dopamine supplements.

Below are 12 serotonin and dopamine supplements to help improve your mood.

It’s a natural supplement that’s perfect for helping people with insomnia and depression by having a soothing effect and managing feelings more positively.

This is another great supplement for serotonin. It is derived from amino acid methionine and is essential for many body processes, including serotonin synthesis.

It helps to enhance brain function and protects the body from neurological disorders.

5-hydroxy tryptophan is a supplement that is well absorbed by the body and transforms to serotonin when used as a supplement and crosses the blood-brain barrier. Research indicates that 5-HTP supplements effectively treat depression, sleep issues, binge eating, and anxiety and panic disorders.

St. John’s wort is a herbal supplement that enhances serotonin production. It contains potent extracts that inhibit the reuptake of serotonin, norepinephrine and dopamine.

Omega 3 fatty acids are another essential serotonin booster supplement. It is mainly extracted from fish oils, although it can also be obtained from flaxseed oil.

This natural supplement enhances cognitive control and the transmission of nerve pulses, which is quite useful as serotonin is a neurotransmitter that transmits information between nerve cells via synapses.

Studies have shown increased release of dopamine and improved mood and anxiety with probiotic supplements. Probiotics are living microorganisms that line your digestive tract.

Research has shown that Mucuna pruriens helps improve human dopamine levels, especially those with Parkinson’s disease, a nervous system disorder that affects movement and is triggered by dopamine deficiency.

However, more study is required before scientists can decide whether Ginkgo biloba also increases human levels of dopamine.

Curcumin is an active component of turmeric. It is believed to have antidepressant effects as it stimulates the release of dopamine.

Oregano oil has various antioxidant and antibacterial effects that are likely to be attributable to its active ingredient, carvacrol.

One study found that carvacrol intake stimulated the development of dopamine and resulted in antidepressant effects in mice.

While these animal studies are promising, further human studies are warranted to establish if oregano oil has similar effects in humans.

Studies have shown that caffeine can enhance cognitive function, including by enhancing neurotransmitters’ release, such as dopamine.

However, the body may create a tolerance to caffeine, which ensures that it knows how to absorb elevated levels.

Therefore, you may need to drink more caffeine than you did before to have the same effects.

If you have a dopamine deficiency, emotions cannot be adequately controlled.

The most common symptoms of dopamine deficiency are identical to those associated with psychiatric depression. In both instances, mental impulses that minimize the extreme feeling of isolation and sadness inhibit dopamine deficiency cannot be properly controlled.

Besides depression, there are other things that you might experience because of low dopamine levels.

They include rapid weight gain due to craving unhealthy foods like sodas, oversleeping and trouble waking up in the morning, low libido, struggling to finish projects or tasks (procrastination), restless leg syndrome and Parkinsonian tremor.

Some of these ailments can be addressed by taking any of the serotonin and dopamine supplements listed above.

WHICH IS THE HAPPY HORMONE?

Our bodies generally have 4 happy hormones refer to endorphins (body’s natural painkillers), serotonin (mood booster), dopamine (pleasure hormone), and oxytocin (the love hormone). We should appreciate these happy hormones when they occur and understand and accept that they cannot be our permanent state.

It’s nice to know that we are physically geared towards happiness by producing “happy hormones”. Happiness is not only in our minds; it is also in our bodies!

WHAT ARE THE 3 STRESS HORMONES?

The endocrine system responds to states of stress and reactions. It is triggered when stressful conditions occur, and hormones induce changes in the functioning of the body.

The most important stress hormones are cortisol, glucagon and prolactin.

Cortisol is the ultimate stress hormone. It is created in emergencies to help us deal with problems and provide a swift and efficient response.

So our body releases more cortisol when we’re stressed out.

The pancreas synthesizes glucagon. It allows the liver to release glucose when our body needs it, either because of a stressful condition or when blood glucose levels are poor.

Secreted by the pituitary gland, prolactin hormone is responsible for stimulating milk production when breastfeeding.

In this way, as the body raises the amount of prolactin, the enzyme that synthesizes female sex hormones is inhibited. Thus, high levels of stress can cause a shift in the sex drive of a person and the menstrual cycle.

Besides ingesting serotonin and dopamine supplements, there are other ways to boost these hormones which include; doing what you love, eating iron-rich foods, getting more light in your life, having a night of quality sleep, and moving your body.

Should you choose to make serotonin and dopamine supplements, it is important always to first consult your physician to avoid things like drug interactions and even dependency.