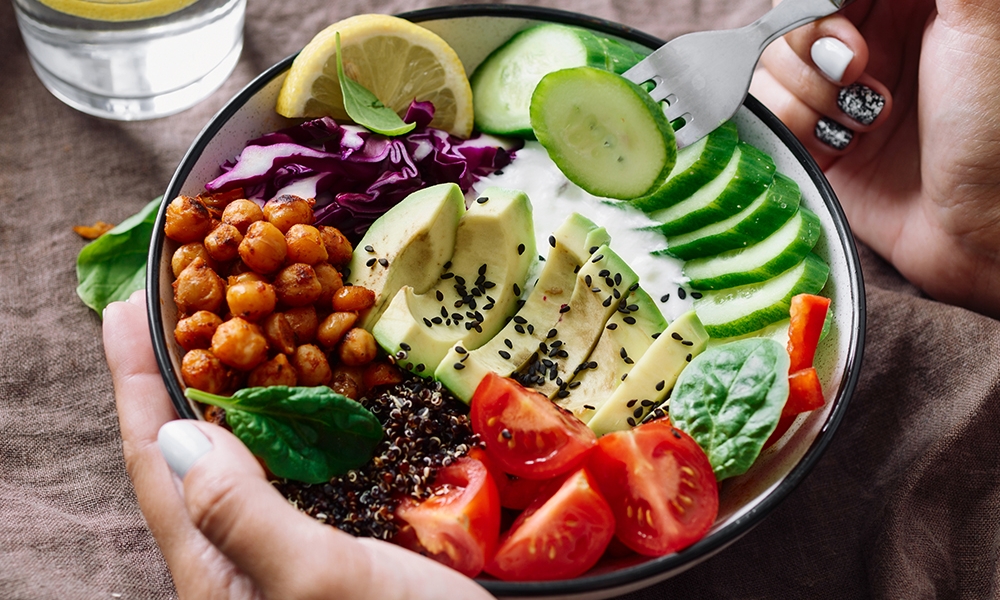 Should You Go on A Low Carb Diet for PCOS?

PCOS (Polycystic Ovarian Syndrome) refers to a condition that affects a woman’s hormone levels. Women suffering from PCOS often produce male hormones at a level that is not normal for women.

As a result, it leads to anomalies in anatomic processes such as skipped menstrual periods. It also makes it harder for such women to get pregnant.

PCOS can also cause hair growth on the face and body. Some of the major risks of PCOS include diabetes and heart disease, all of which are exacerbated by being overweight.

According to this study, the prevalence of women simultaneously suffering from obesity and PCOS lies at 40-85%. As such, a low-carb diet plan can be the saving grace for people suffering from PCOS.

HOW DOES LOW-CARB DIET BENEFIT PEOPLE WITH PCOS? 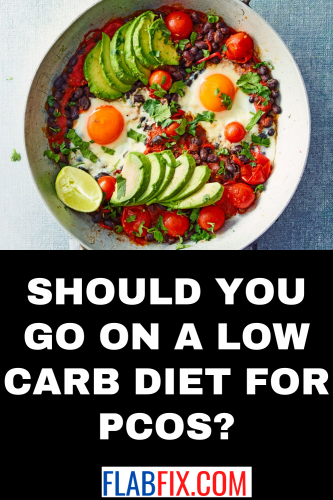 A low-carb diet for PCOS involves maximizing on natural, unprocessed foods. These nutrient-packed foods are meant to target and overhaul conditions that propagate PCOS, unlike traditional treatment.

Some of the benefits of undertaking a low-carb diet for PCOS include:

A 2015 study found that women who follow a low-carb diet for PCOS could lose weight, improve their insulin sensitivity, and reduce testosterone levels very effectively.

This is considering insulin release is triggered by carbohydrates.

Introduction of low-carb, high-fat diets basically changes the metabolic picture of the woman’s body. This, in turn, leads to lower insulin levels which have a direct impact on fertility.

A study published in the American Journal of Clinical Nutrition shows that women with PCOS and followed a low-carb diet, had regular menstrual cycles.

This is when compared to women who didn’t follow the low-carb diet.

One of the more cosmetically displeasing things about suffering from PCOS is acne. PCOS is a condition that starts during a woman’s childbearing age (15-44).

As such, the breakout of acne can be easily associated with adolescence. However, acne as a result of PCOS goes well into your 40s.

A fact attributed to recent studies to a high-carb diet. As such, it is recommended to adhere to a fairly strict low-carb diet, preferably one that also cuts down in dairy products.

According to studies, there is a higher prevalence of bulimia among women with PCOS than among those who don’t have PCOS.

Theories have linked such bulimic tendencies to the body’s inability to handle an abundance of glucose and carbs.

This therefore provokes carbohydrate cravings and purging. There is, however, anecdotal evidence that alludes to the effectiveness of a low-carb diet on bulimic tendencies.

This is due to the fact that low-carb diets reduce the cravings for sugar and starch.

Unknown to many, there are male carriers of the PCOS gene. Whilst their effects aren’t as harsh, they are susceptible to insulin intolerance, type 2 diabetes and cardiovascular disease.

As such, going on a low-carb diet can alleviate or better these symptoms in the long run.

If you have PCOS, chances are you are genetically predisposed to it. This means that there is no out and out cure.

However, it has been proven that there are benefits to losing weight by use of a low-carb diet. Here are some helpful tips to ensure you lose weight effectively on a low-carb diet for PCOS.

Reducing your carb intake is the premise upon which a low-carb diet is based on. As such, it also the most effective tip.

According to studies, it is reported that about 70% of women with PCOS have insulin resistance. This refers to the condition where the body stops recognizing the effects of the hormone – insulin.

Fiber’s filling property might prove particularly helpful for women suffering from PCOS. As such, increasing your fiber uptake ensures that you keep your portions in check.

According to studies, higher fiber intake is believed to lead to lower body and belly fat in women with PCOS. This is interestingly not the case for women without PCOS.

A common misconception is that undereating is a valid method of healthy weight loss. If anything, undereating slows down your metabolism.

As such, it might lead to short term results. However, in the long run, your body adapts to the calorie restriction. It thus ends up reducing the number of calories it burns, which might even lead to weight regain.

It is therefore prudent into incorporate fermented foods into your low-carb diet. Eating foods high in probiotics such as yogurt, sauerkraut, and kefir may help increase the number of beneficial bacteria in your gut.

PCOS is associated with sleep disturbances such as excessive daytime sleepiness, sleep apnea and insomnia.

This can be disadvantageous if you seek to lose weight considering lack of sleep induces the production of hormones such as ghrelin and cortisol.

These hormones are responsible for hunger management. As such, it leads to increased appetite, which propagates excessive eating.

HOW MANY CARBS SHOULD I EAT WITH PCOS?

As it stands, there are no specific recommendations. It is however recommended that your total calorie intake should contain at least 60% carbohydrates.

This, therefore, means that a low carb diet doesn’t mean doing away with carbs completely. It is purely a containment measure to ensure you get the most out of carbohydrates as nutrients.

Therefore, although the standard recommendation of calorie intake is 60%, women with PCOS are advised differently.

WHAT IS THE BEST DIET FOR PCOS?

There are three types of diets that can help you manage your PCOS symptoms better. They include:

The body digests food with a low glycemic index slowly. This means that they don’t cause insulin levels to rise as quickly as others do, i.e., high amounts of carbohydrates.

Berries, fatty fish and leafy greens all play a part in managing the inflammation-related symptoms that come with PCOS.

It is referred to as Dietary Approaches to Stop Hypertension (DASH) diet. It is primarily meant to help with heart diseases. However, it can be used to manage PCOS symptoms. Mostly composed of vegetables, poultry, fish and low-fat dairy.

A low carb diet for PCOS tackles the main issue that often leads to extreme symptoms which in insulin resistance.

It is, therefore a viable method to manage PCOS symptoms. It should, however, be used with other toolto live a higher standard life trulyfe.

This means avoiding a sedentary life.