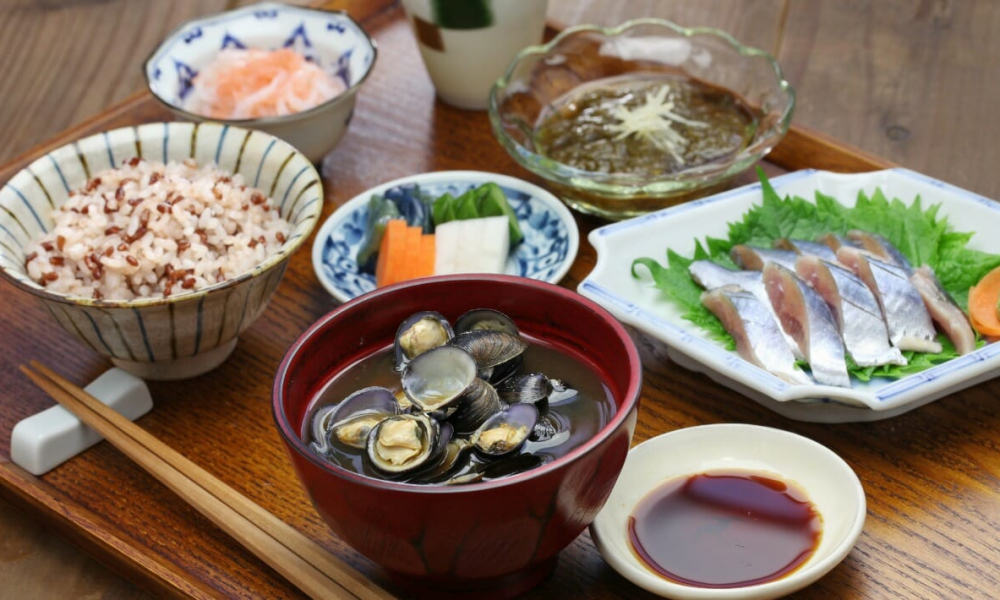 A Complete Guide to The Japanese Weight Loss Diet

This diet contains a high level of nutrients, vitamins, minerals and fibers, giving it an upper hand over most western diets.

Due to the Japanese diet’s undeniable benefits, most people have embraced it to help in weight loss.

This article gives an insight into the Japanese weight loss diet, its endless benefits and everything in between.

WHAT IS THE JAPANESE WEIGHT LOSS DIET? 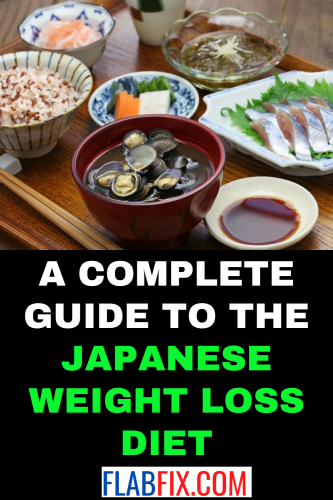 The Japanese weight loss diet is a minimalist diet that resembles that of people living in Okinawa Island.

It consists of less processed foods, animal proteins, low-fat foods, fruits, vegetables, no added sugars and foods that are fresh and in their natural flavours.

Some of the specific foods eaten by Japanese include; fish, rice, soups, noodles, natto, seaweed and soybeans. These foods are served in small amounts and consist of nutrients which facilitates weight loss.

There are various ways in which the Japanese diet encourages weight loss.

The Japanese rarely consume processed foods such as cakes, biscuits, cheese and bread. The main reason being processed foods contains a high amount of refined carbs, sugars fats and salts.

Limiting or cutting these foods in your diet causes weight loss by reducing the number of calories stored in the body, resulting in weight gain.

According to the Jama network research, patients who cut processed foods and replaced them with vegetables and whole foods realized significant weight loss.

The Japanese famous quote ‘Hara Hachi bu’ which translates to ‘eat until you are 80 per cent full’ is beneficial in managing weight level.

This habit prevents you from overeating and also helps pay attention to the number of calories you eat. As a result, you create a calorie deficit which eventually leads to weight loss.

Also, the Japanese serve foods on small dishes. This reduces portion size thus reducing overeating. Evidence points out that the size of plates and glasses influence how much someone eats.

The Japanese follow a low sugar diet to maintain their slim figure.

The Japanese follow a low sugar diet to maintain their slim figure. This is because excess sugar adds calories to the body, making fats deposited in the belly, leading to weight gain.

According to the American Heart Association, doughnuts contain 74.2 calories, such a big amount that if you take it for long periods, you heighten your risk of becoming obese.

The Japanese drink green tea mostly in the morning and afternoon and even serve it to their guests. Perhaps the undeniable benefit of green tea in weight loss is the reason they continue to stay in shape.

Next time you are yearning for a cup of tea, why not try green tea instead? You may get a slimmer body and longer life like the Japanese.

The Japanese eat low-calorie vegetables such as cabbage, cucumber and celery to help maintain their weights.

These foods contain water and fibre, which makes you full for longer periods of time. They have also been reported to reduce appetite levels, thus assist in weight loss.

Most Japanese eat fish in large quantities. Fish is a good source of protein which helps in building muscles during workout leading to weight loss.

There is evidence that is eating 6 grams of fish oil per day increase metabolism rate by 3.8%.

You’ve probably heard the hype surrounding the benefits of eating less meat. Apparently, the Japanese had realized this early.

According to Research conducted by FMCG Gurus, 7% of consumers in Japan don’t eat red meat, 32% eat meat occasionally, and a large percentage are attempting to reduce meat intake.

This is because red meat contains saturated fats which raise cholesterol levels in the body, thus weight gain.

If you substitute meat for vegetables, you’re likely to report a significant increase in weight loss. That’s why most vegetarians and Japanese have a healthy weight.

Snacks are good as they temporarily satisfy your hunger levels. However, these foods are avoided by the Japanese as they add extra calories to the body.

Eating high carb snack before sleep increase the number of fats stored in the body leading to weight gain. Therefore, avoid some snacks such as cookies, crisps and biscuits if you want to lose weight.

The Japanese like alternating between dishes. According to research, this habit reduces the amount of food eaten per meal resulting in weight loss.

WHAT CAN YOU EAT IN A JAPANESE DIET?

These foods are included in the Japanese diet plan, and they facilitate weight loss in different ways.

WHAT YOU CANNOT EAT IN A JAPANESE DIET

Japanese diet protects you from cardiovascular diseases which are the leading causes of death in the United States.

The same research adds that the risk of Japanese people contracting heart disease remains low even when their diets consist of high sodium.

Okinawa, one of the Japanese islands, is termed a Blue Zone because of their extraordinarily long life, which is higher than the rest of the world.

5. JAPANESE DIET IS RICH IN NUTRIENTS

You get nutrients such as calcium, fiber, iron, potassium and vitamins when you consume the Japanese diet.

These nutrients are very beneficial to your body in various ways. For example, green tea contains antioxidants which have been reported to protect the body against cellular damage.

Japanese diet encourages people to eat until they are 80% full and not 100% full. This prevents overeating and reduces the number of calories you consume, thereby reducing overweight.

The Japanese weight loss diet promotes a healthy weight, provides you with adequate nutrients, and you get to live a longer life.  These advantages make it among the best diets, followed by many in the world.