If you want to lose weight, this article will show you how green tea can help you lose weight faster.

Green tea has been part of the Chinese diet for the last 4,000 years. In recent years, it has been introduced to the western culture and has widely accepted as a substitute for black tea.

Green tea is one of the healthiest beverages on planet earth! Drinking it offers myriad benefits and one of those benefits will definitely put a smile on your face – it enhances weight loss!

Despite the fact that green tea supplements fat burning and weight loss, it’s no magic pill. Look at it as something that will enhance your weight loss rather than a weight loss pill and keep practicing healthy habits like proper diet and exercising regularly.

If you are like me and haven’t been drinking green tea it’s time to start, I’m too! Let’s dive in and see why green tea is good for weight loss. 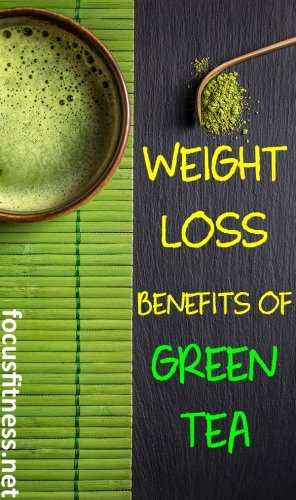 Green tea has been known to speed up metabolism and enhance fat oxidation. Drinking 2 to 3 cups a day will spike up your metabolism and you’ll end up burning more calories than normal. It increases your basal metabolic rate which means you’ll use more calories when resting.

This is attributed to the fact that green tea contains bioactive substances like Catechins- epicatechin and EGCG (Epigallocatechin gallate) and caffeine which heat up metabolism.

Studies show that drinking green tea favors weight loss by increasing metabolism by as high as 4%. Though the results are based on a 24-hour study you cannot ignore the rise of metabolic rate brought by green tea.

Another study on the combination of regular exercise and green tea concluded that the energy expenditure for those who exercised and drank green tea was higher, in both sedentary and exercise states, than those engaged in exercise alone.

This study also supports these findings; in the study 12 healthy participants ate a large quantity of fat from potato chips twice a day and drank polyphenol-rich tea 3 times a day. The consumption of tea led to increased fecal excretion of lipids, an indicator that tea polyphenols prevent absorption of excess dietary fats.

So the next you eat fatty foods don’t forget to take a cup or two of green tea.

Did you know that almost every fat burning supplement has a component of tea in it?

Over the years green tea has been shown to enhance fat burning. It is said that the antioxidant in green tea called EGCG reduce fat gain and improves fat burning.

But research has made it clear that 1 cup a day won’t cut, as this study shows drinking green tea for a period of 12 weeks had negligible weight loss on overweight adults.

Don’t get too excited about the fat burning idea because researchers believe that green tea alone without exercise has a minimal fat burning effect. Combining exercise and green tea will give you better results.

Green tea also reduces bad cholesterol. Drinking as many as 10 glasses of green tea a day can lower cholesterol levels.

As a result, this improves the flow of blood in the arteries and reduces the risk of heart disease. 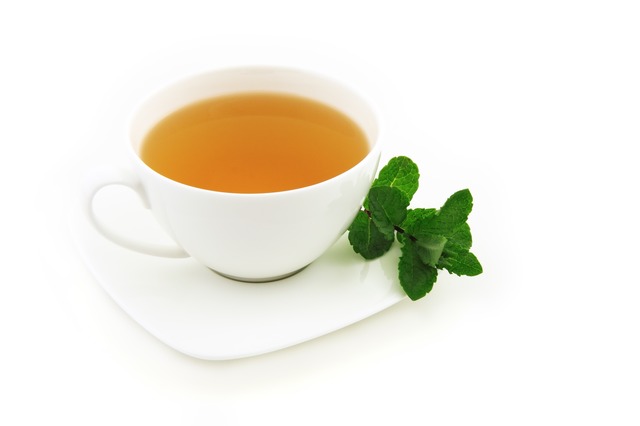 Green tea will help you intake fewer calories due to its ability to suppress appetite.

One of the methods employed by the body to control appetite is the production of cholecystokinin (CCK). CCK is a hormone produced in the intestines after consuming food, to tell the brain that the body has had enough food. Drinking green tea increases the release of the CCK hormone.

A reduced appetite will lead to low-calorie intake and you’ll end up losing weight.

Truth is there is not enough research on humans to confirm this. But a research done on rats showed that rats lost appetite and consumed 60% less food after a week of daily injections of EGCG.

Now that you know how the green tea benefits weight loss, let’s look into other health benefits you get from green tea.

It reduces the risk of esophageal cancer and it’s also known to kill cancer cells without damaging healthy cells around them.

Lowers the risk of developing Alzheimer’s and Parkinson’s disease.

Acts as an antidepressant.

Drinking many cups of green tea can lead to too much caffeine. Even though it has lower amounts of caffeine compare to black tea and coffee, drinking too much causes health issues like; diarrhea, stomach upset, insomnia and frequent urination.

You shouldn’t drink it when fasting; it can be toxic.

High consumption is green tea not good for pregnant women

Too much consumption can also lead to iron deficiency.

It is without a doubt that green tea can enhance weight loss especially when combined with a good diet and exercise. Drink green tea without adding sugar or honey; also avoid flavored green tea, especially with sugar additives.