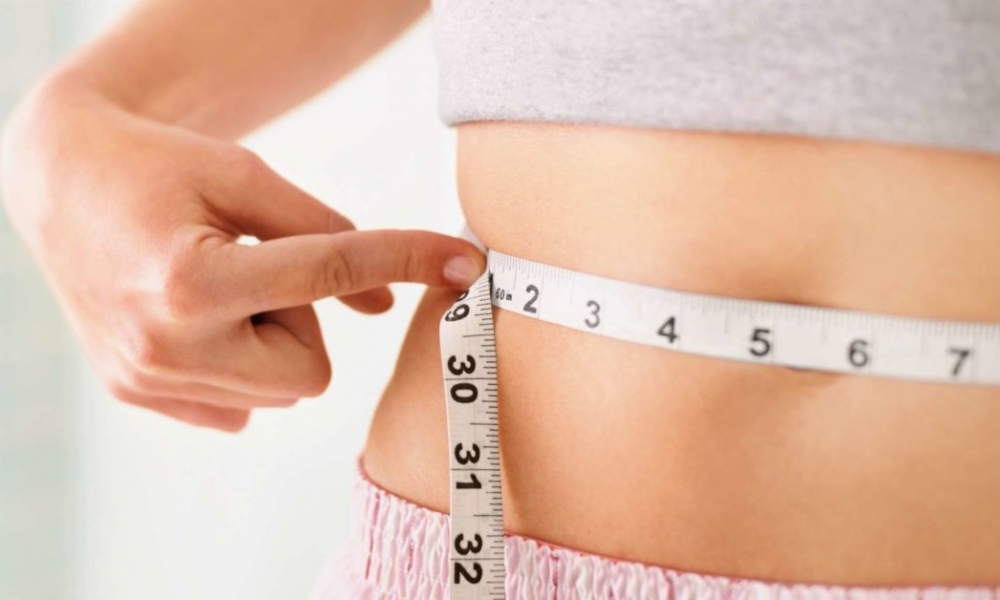 By Brian Syuki
In Wellness
0

Fat lines on stomach can be a nuisance that makes you more careful when choosing what to wear.

Some tight clothes tend to highlight stomach creases. Usually, fat lines on stomach appear on overweight people. However, they are also common to people of normal weight.

The skin folds on your stomach when you bend over or when you sit down.

Studies show that people with abdominal obesity are at a higher risk for developing disorders such as; hypertension, diabetes, and metabolic syndrome.

The amount of fat must be moderate to keep the above disorders at bay. Some weight-loss strategies can target the horizontal line across the lower abdomen, fat wrinkles on stomach.

Here are 12 tips on how to get rid of fat lines on stomach:

HOW TO GET RID OF FAT LINES ON STOMACH: 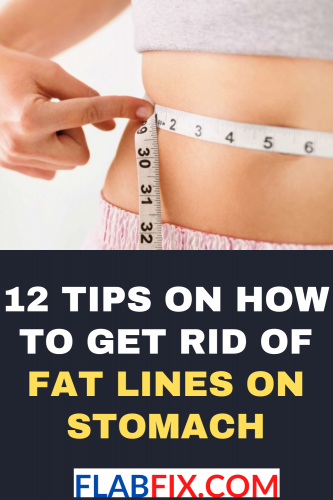 1. AVOID TOO MUCH ALCOHOL

Alcohol adds extra calories to your diet. A study conducted by PubMed associated too much alcohol consumption with abdominal obesity in men.

The study revealed that drinking more than three drinks of alcohol significantly associated one with abdominal obesity.

Alcohol, if taken moderately, can have some health benefits. Standard drinking is defined as taking two drinks per day for men and one drink per day for women. Always remember to drink responsibly.

Whole grain is a great source of fiber and is associated with lower body mass index.

A study conducted by the American Society for Nutrition concludes that consuming whole grain significantly reduces body fat in the abdominal region.

In the same study, there was a greater decrease in body fat in the abdominal region in the whole-grain group than the refined grain group.

A high protein diet decreases appetite, which means you are less likely to overeat throughout the day.

A study published by the National Library of Medicine shows that protein intake is inversely related to a decrease in waist circumference.

A study by PubMed indicates that stress is an important factor in addiction development, especially high fat and high sugar food.

Furthermore, the same study shows that the same can increase obesity and other metabolic diseases.

Sugar-sweetened beverages promote dangerous fat lines on stomach. Moreover, they are the chief source of added sugar in our diet.

Besides, you are not as satisfied when you drink calories as opposed to when you eat the same calories in food.

In the process, you end up taking more calories than you need. The same journal suggests that you replace sugary drinks with water.

Getting plenty of sleep is an important health factor, including weight management.

Studies show that poor sleep quality and decreased sleep duration are linked to obesity, including fat lines on stomach.

The study mainly focused on adults. The study, which was conducted in 2008, showed that 1 in every ten adults was obese. Women were very likely to be obese than men.

A study conducted in 2014 reveals that intermittent fasting (IF) decreases body weight and reduces visceral fats.

Visceral fats are the fat that forms around important internal organs, like the liver, heart, and lungs.

Did you know that you can eat as many vegetables and fruits as you like? Make it happen!

Some of the best vegetables include; spinach, kales, lettuce, mushrooms, cucumbers, carrots, cauliflower, and chilies.

A study was done by the American Society Of Nutrition associated intake of fruits and vegetables with less abdominal fat.

Green tea is one of the less processed types of tea made from unoxidized leaves. Green tea has been hailed globally for its health benefits. It’s considered one of the world’s healthiest drinks.

A physiology journal quotes green tea as one of the tools proposed for obesity management. Green tea prevents the decrease in metabolic rate.

A study by the American Journal of Clinical Nutrition shows that green tea can influence body weight and body composition because green tea extracts stimulated thermogenesis and fat oxidation.

Drinking plenty of water anytime, everywhere is a healthy habit.

Another study shows that increased water intake is associated with weight loss through decreased feeding and increased lipolysis.

11. USE COCONUT OIL IN YOUR COOKING

Cooking with coconut oil is associated with numerous health benefits. To get rid of stomach lines is one of them.

Coconut oil contains a specific fat known as medium-chain triglycerides (MCTs). Studies show that 95% of MCTs and are directly and rapidly absorbed into the portal vein.

The portal vein is a blood vessel that carries blood from the gallbladder, gastrointestinal, pancreas, and spleen to the liver.

Another theory claims that MCTs induces a state of fullness, preventing an individual from overeating.

Oily fish such as salmon and mackerel are healthy because of their high protein and omega-3 content.

One study concluded that six weeks of supplementation with fish oil increased lean mass and decreased fat mass. A total of 44 men and women took part in this study.

Struggling to get rid of fat lines on stomach can be an uphill task. There are no magic solutions.

Put in some effort, perseverance, and commitment. The above article provides solutions backed by scientific studies.

To get good results, consider applying more than one tip.