Here is a complete run-down of all things cerebra. It is only prudent that we begin by seeing what Cerebra is.

Cerebra falls into a category called nootropic supplements that collectively promise to improve cognitive function and memory. It can help you feel more focused and attentive and improve your overall mood.

Some studies also show that it may help prevent Alzheimer’s and dementia.

This supplement has, however, sparked public outcry about the active ingredients due to claims that its possible side effects may outweigh its benefits. This will be covered later. 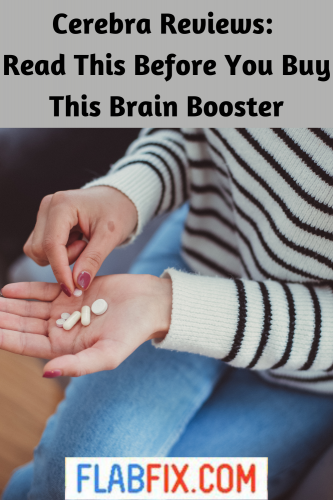 How it is Administered

The Cerebra supplement comes in capsules. You should take 2 capsules daily after meals. Do not exceed 2 capsules per day, or you risk an overdose.

Cerebra, at the most general level, works by increasing blood circulation to the brain, thereby increasing nutrition levels.

Here are the ingredients that make cerebra reviews work:

It contains 500mg of a patented form of citicoline. This compound occurs naturally in human cells and is thought to facilitate brain function by enhancing dopamine receptor density.

This is based on research by the National Library of Medicine.

Another study found that citicoline improved memory in healthy elderly patients. This was promising, but the dosages used were 1000 mg/day or 2000 mg/day, which is over 3 times that used in cerebra.

Overall, this shows the effectiveness of citicoline in aiding brain health and performance. However, the doses used in cerebra reviews are too low to get the expected results.

This is given as a 300mg dose. Multiple studies back up the effectiveness of this extract. Popular brain boosters such as Profiderall use it as well.

A study found that bacopa caused notable cognitive benefits in healthy, young persons after only 6 weeks on a 300 mg dose. Multiple other studies have similar results.

Cerebra offers the compound in a 100mg patented dose.

An extensive study on 127 test subjects found that the compound “supports cognitive function.” This study used a 300-800mg dose per day.

Yet again, this dose is 3-7 times that found in cerebra reviews. This is not promising since there is a lack of evidence that shows that a 100mg dose will give similar results.

Where to Get it

Unlike most other reputable brain boosters, Cerebra reviews are unavailable on Amazon. The reason for this is quite unclear.

This may also indicate it may be challenging to find in your local pharmacy. It can be found on the official Boston Brain Science website.

Despite the relatively low doses of active ingredients according to studies on the product, here are some potential benefits of cerebra reviews;

This is especially true for older subjects since cognitive function generally declines.

This is especially true for tedious tasks.

So if you want a little boost when trying to crack that code or study for an exam, nootropics like cerebra may be worth considering.

Some studies show that nootropics may improve sleep quality.

This is achieved by increasing the blood flow to the brain. When the brain or other organ receives increased blood flow, it generally works at its peak.

It may also help with other mood disorders such as anxiety, depression, and stress.

Remember when we mentioned in the introduction some controversy surrounding this product? The severity of the possible side effects is the root cause.

Mild side effects include:

It could, however, cause severe side effects without any actual warning. It is not common, but it is not impossible either. These include:

Immediately call your local emergency line if any of these symptoms are spotted.

The product is offered only on the company website, which does not directly show customer reviews. That being said, here are some reviews of the product from studies and consumers;

This product is lacking in many ways, from the low active ingredient doses to the potentially lethal side effects.

You will be better off getting some of these alternative nootropic supplements. Better yet, these options are available on Amazon. The Genius Brand manufactures Genius Mindfulness, and it promises a brain boost and occasional stress relief.

Its active ingredients are ashwagandha, a blueberry blend, and caffeine. The supplement also aids in attention and focus.

The version of ashwagandha used in this product may also help to reduce cortisol levels.

It is among the top-rated nootropics on Amazon. 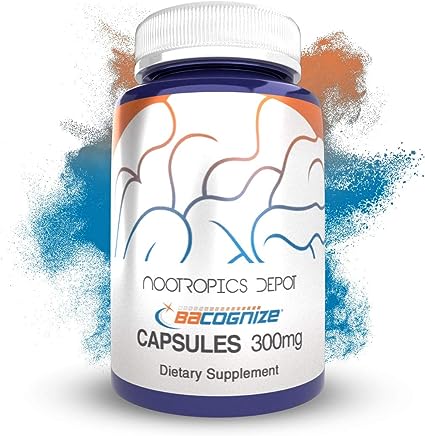 It is produced by Nootropics Depot and promises similar benefits, such as enhanced memory and stress management.

BaCognize, as you would have guessed, is a branded version of Bacopa Monneiri, which is an excellent addition to any nootropic product. It may also reverse brain damage.

Cerebra may have decent reviews as a nootropic supplement, but it does not meet most standards. In addition, studies do not support the relatively low doses of active ingredients used in the product.

This may indicate that it may not be as effective. In addition, the potential side effects could be severe.

In addition, Amazon does not offer the product, which decreases its accessibility. These factors make it an unsuitable supplement.

If you need a nootropic, you would be better off looking at the listed alternatives.