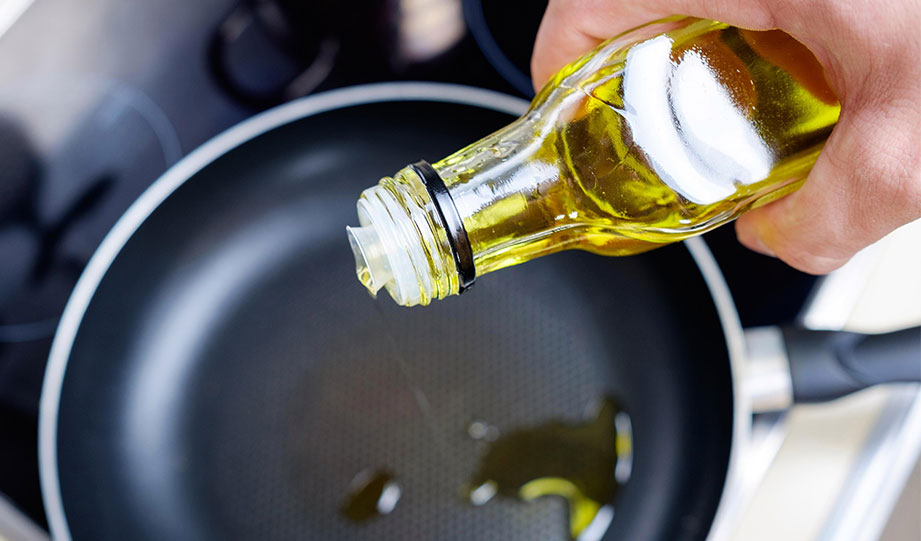 A Complete Guide to Using Olive Oil for Deep Frying

Thanks to the many health benefits it provides, olive oil has gradually gained popularity. Olive oil is the natural oil derived from the olive tree, the fruit of the olive tree. Can you use olive oil for deep frying?

It consists of saturated fats, omega-3 fatty acids and omega-6 fatty acids which are highly beneficial to health. We love it in our salads, but how about using olive oil for deep frying?

It has long been said that vegetable oils should not be exposed to high heat, which can only render the oil more hazardous. Here’s what you should know before you accept olive oil as a cooking medium for all your home-made fried foods. 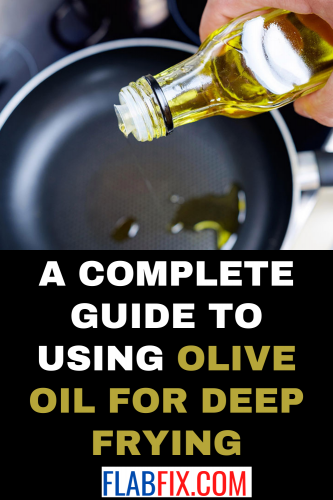 USE A LARGE HEAVY SKILLET

It is best to use a large, heavy skillet deep and wide when using olive oil for deep frying. A skillet like this is uniformly distributing oil, which contributes to better outcomes.

It is best to have a deep, big frying pan and large quantities of olive oil.

USE LARGE QUANTITIES OF OIL

Olive oil is much healthier than vegetable oil, so it is appropriate to use large quantities of olive oil for deep frying. In fact, it is best to use a large amount of oil because the food is going to float and not stick to the pan.

The fat absorption rate will also be lower, and the food will not become soggy.

If you want to use olive oil for deep frying, the oil should be heated to a temperature of approximately 180 degrees Celsius for frying (356 degrees Fahrenheit). Frying with olive oil that surpasses this temperature can cause the oil to smoke in the pan.

The easiest way to calculate the temperature accurately is by buying a cooking thermometer. Alternatively, a small piece of bread can be put in the liquid. If it turns golden brown in less than 60 seconds, the oil is ready for use.

Only small quantities of food should be cooked in the pan at any time when using olive oil for deep frying. Too much food in the pan can affect oil temperature.

A combination of too many things in the pan and a temperature that is not warm enough can result in soggy food.

The remaining oil can be saved after using olive oil for deep frying. Olive oil is costly, but it can be reused four or five times.

The oil should be cooled and then filtered to eliminate any particles, as they could affect the taste of the food fried afterwards. Remaining particles may also burn when they are fried.

The oil can be poured through a clean cheesecloth into a bowl or container, which should then be sealed and placed in a cold, dry spot.

CAN YOU USE OLIVE OIL FOR DEEP FRYING?

That being said, we must dispel some untruths about using this oil for deep frying. These include;

OLIVE OIL’S SMOKING POINT IS TOO LOW FOR FRYING

Olive oil is not just one of them. The smoking point of extra virgin olive oil is between 380°F (193°C) and 410°F (210°C), depending on the impurity and acidity of the olive oil: the greater the quality, the higher the smoking point.

The smoking point of olive oil is well above the temperature needed for this method of cooking.

DEEP FRYING WILL CHANGE OLIVE OIL INTO A “BAD” OIL

Cooking fats and oils are known to be dietary fats of three forms, saturated, trans and unsaturated. The first two are harmful, but the third, unsaturated fat, includes olive oil, a good dietary fat.

The heat needed to increase the olive oil temperature high enough to fry the food cannot alter the chemical composition of the olive oil from a good oil to a bad one.

Properly fried food can absorb much less cooking oil if the oil temperature is high enough before food is introduced. Not only can you deep fry in some extra virgin olive oil, but you should.

Deep frying with extra virgin olive oil not only satisfies our craving for fried comfort food, but it does all this in addition to satisfying our nutritional requirements for good dietary fat.

IS OLIVE OIL TOXIC WHEN HEATED?

Many people avoid using olive oil for high-temperature cooking. But many people are confused as to what constitutes high heat cooking and how to determine when you have surpassed the healthy cooking temperature.

The explanation for this could have to do with the knobs on your stove. Most people believe that if you turn your stove knob to high, that means you’re cooking with high heat.

Currently, this is not the case. Most home cooking stovetops rarely reach 350o F and are considered to be medium heat cooking. Medium heat cooking methods include pan-frying, deep-frying and sautéing.

A study conducted in Australia in 2018 went ahead to dispel the toxicity myth.

The results showed that extra virgin olive oil was the best and most durable when heated to temperatures even higher than those widely used for sautéing, deep frying and baking.

It provided the lowest quantity of polar compounds compared with the other oils tested.

Olive oil tastes great and looks better on you! Olive oil forms a crust on the surface of the food that hinders the oil’s penetration and enhances its taste.

Not only can you use olive oil for deep frying, but you should. It stands well against heat due to its monounsaturated fatty acid and polyphenol content and is a better, healthier and tastier alternative than other oils.