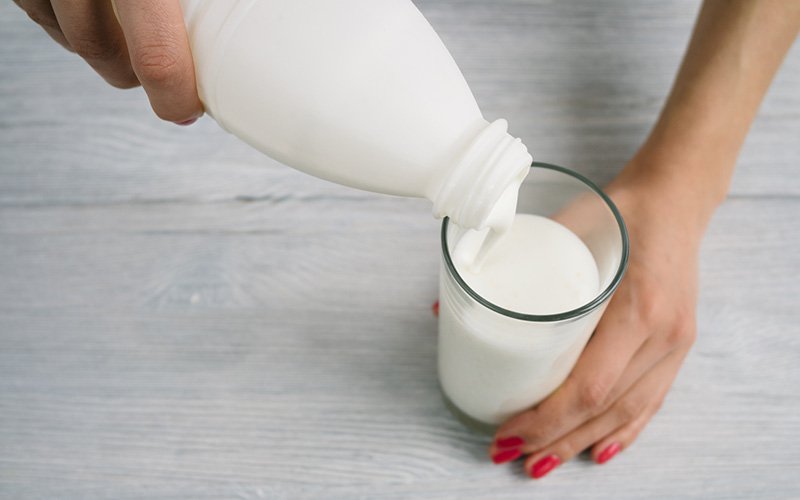 10 Tips on How to Improve Gut Bacteria for Weight Loss

By Gloria Mari
In Weight Loss
0

If you want to lose weight naturally, this article will show you how to improve gut bacteria for weight loss.

Your body is home to trillions of bacteria and most of them are found in your gut.

These bacteria are vital to your health. They help digest food, regulate your hormones, and remove toxins.

Surprisingly, gut bacteria have an impact on weight loss, according to research. This is because they influence how you digest food and how full you feel.

I may also note that research has linked less diverse gut bacteria to obesity. Researchers observed gut bacteria in 77 pairs of twins where each set had an obese and a non-obese twin.

Scientists concluded that the twins who were obese had fewer types of bacteria in their gut compared to their non-obese twins.

Other studies show that people who eat more fiber weigh less and this could be due to the role played by gut bacteria in digesting fiber.

As you can see, gut bacteria affects how fast you lose weight. Therefore, you have to maintain a healthy gut if you want to lose weight and keep it off.

Here are 10 strategies you can use to improve your gut bacteria.

How to Improve Gut Bacteria for Weight Loss 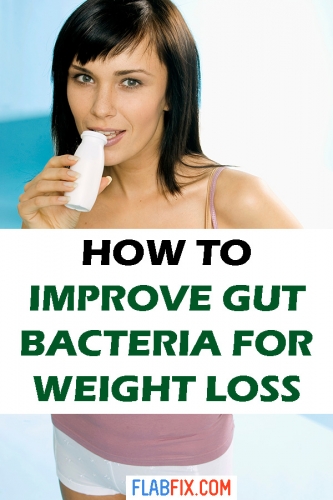 Research shows that people who are sleep deprived have less diverse gut bacteria.

In this study, researchers observed men with normal weight and allowed them four hours of sleep for two nights in a row.

The results showed that the men had changes in their gut bacteria that are associated with metabolic problems.

They also had lower insulin sensitivity, which leads to increased risk of diabetes, higher blood sugar, and weight gain.

Research shows that taking probiotic supplements can change the composition of the microorganisms found in your gut and support your metabolism.

In fact, this review of multiple studies shows that the best probiotics to take are the ones with lactobacillus strains.

The strains have numerous health benefits like weight loss and regulating cholesterol levels.

You can also get lactobacillus strains from dairy-based probiotics such as yogurt and kefir.

Veggies are essential for maintaining a healthy gut since they contain fiber.

While your digestive enzymes can’t break down fiber, the structure of fiber changes when you chew it and some is digested by bacteria in the colon.

It’s also worth noting that apples, artichokes, almonds, and pistachios are rich in bifidobacteria.

In addition to lactobacilla, another type of beneficial gut bacteria is bifidobacteria.

4. Give Intermittent fasting a try

Gut bacteria live on a circadian cycle whereby they are more active at different times of the day.

Unfortunately, the activity of the bacteria becomes interrupted in obese individuals.

Switching to intermittent fasting can restart the cycle and allow your gut bacteria to become diverse.

As I mentioned earlier, the more the species of bacteria you have in your gut, the healthier your gut is.

Studies show that we have varied microbiota when we eat a wide variety of foods.

Yogurt is one of the most popular fermented food. It’s rich lactobactilla, which studies show boost the function and composition of gut bacteria.

Make sure you choose unsweetened yogurt to avoid excess calories and the ill effects of sugar.

Kefir is also a good option. Even though it’s made from milk like yogurt, it differs in texture and has more probiotics.

Studies show that kefir has at least 61 strains of good bacteria.

Further research shows that kefir can prevent the growth of harmful bacteria like salmonella and E. Coli.

Other fermented foods include:

Natto is soybeans which have been fermented.

In addition to being an excellent probiotic, natto is rich in iron, calcium, fiber, and Vitamin K.

Other popular fermented foods are sauerkraut and kimchi which are types of fermented cabbages.

Another popular type of fermented food is pickles, which are cucumbers left to ferment in brine or vinegar.

The human body can’t digest polyphenols so they move to the large intestines where the good gut bacteria there break them down.

Grape skins, red wine, dark chocolate, and green tea are the foods with the highest concentrations of polyphenols.

The polyphenols in cocoa can increase the population of good gut bacteria like lactobactilli.

You may want to increase the intake of whole grains such as oats, buckwheat, and millet.

Gut bacteria break down the beta-glucan and fibers in the large intestine. As a result, this boosts the growth of lactobactilli and other beneficial gut bacteria.

Prebiotics enhance the growth of beneficial microorganisms in the body.

Not only do artificial sweeteners increase the risk of weight gain, but they also have a negative effect on gut bacteria.

Long ago, Hippocrates said that all disease begins in the gut. He was right on the money. Now, recent research has proven that gut bacteria have an impact on weight loss.

Therefore, you have to take care of your gut in order to lose weight and maintain optimal health.

As you may know, exercise is essential for weight loss. It will accelerate your metabolism and allow you to burn fat in a short period of time.

The good thing is you don’t have to exercise for hours. Th fat blaster sequence, will allow you to burn fat in less than 15 minutes.