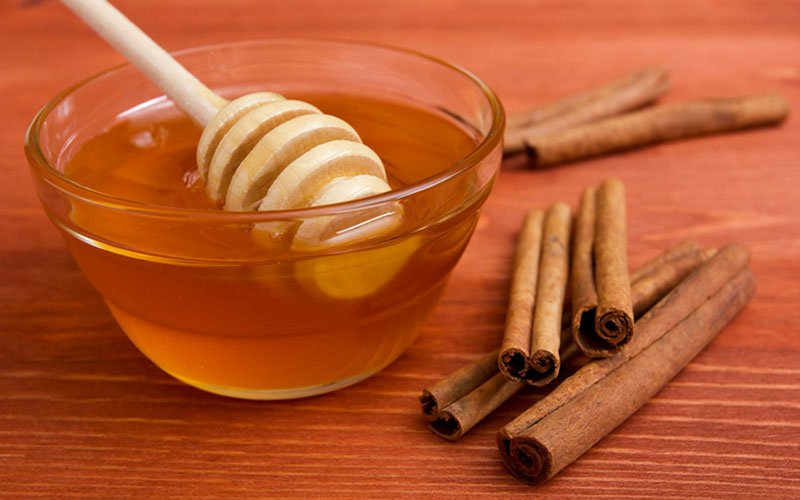 Does Honey and Cinnamon Help with Weight Loss?

By Brian Syuki
In Weight Loss
0

If you want to know if honey and cinnamon can help you lose weight, this article will show you what science says about these two ingredients.

There are many misleading weight loss recipes out there. Therefore, I understand if you’re skeptical about any ‘weight loss trick’ you come across.

Some say that a combination of honey and cinnamon can aid weight loss by boosting metabolism, regulating blood sugar, controlling appetite, and burning belly fat.

Before we look into honey and cinnamon, remember that you can’t lose weight without a calorie deficit.  To lose weight, you have to burn more calories than you consume. 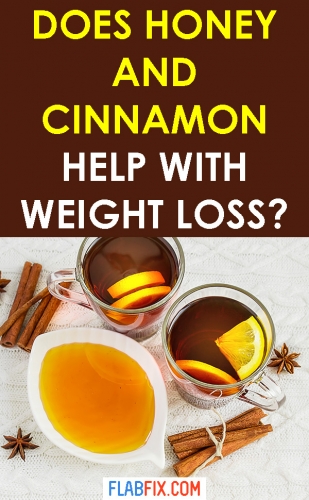 Now let’s look into the various ways honey and cinnamon are said to enhance weight loss.

Many people will tell you that cinnamon regulates blood sugar levels. And they may be right because some studies confirm this.

One study found that people who ate 1 to 6 grams of cinnamon for 40 days lowered their blood sugar levels by 24 percent. And cholesterol levels dropped by 18 percent.

However, some studies show that this spice doesn’t have any effect on blood sugar levels. It’s for this reason that the American Diabetes Association doesn’t recommend cinnamon for diabetes treatment.

Fanatics of this recipe say that replacing honey with table sugar can prevent weight gain.

Their argument is based on this animal study. In the study, researchers found that rats that were on a honey diet gained 14.7 percent less weight compared to rats that consumed sugar.

The researchers concluded that using honey instead of sugar could reduce weight gain. Unfortunately, there are no human studies to confirm these results.

You should also realize that foods that boost metabolism barely have any effect on weight loss.

The thermic effect of food (rise of metabolism after eating) accounts for less than 10 percent of total daily energy expenditure.

In a Japanese animal study, researchers gave cinnamaldehyde (a compound found in cinnamon), to one group of rats. At the end of the study, they found that the group that was given cinnamaldehyde daily had lost more visceral fat.

They concluded that cinnamaldehyde stimulates the metabolism of visceral fat, which means that cinnamon can help reduce belly fat.

Does honey and cinnamon help with weight loss?

If we go by research, the answer is NO!

Advocates of this combination have simply listed the benefits of these two ingredients and concluded that they enhance weight loss.

There’s even more evidence that apple cider vinegar can help you lose weight – but it’s not a magic bullet.

However, I can’t ignore the power of the placebo effect.

Believing that honey and cinnamon will help you lose weight can actually help you drop pounds. In the same way, a placebo helps treat headaches and other diseases.

According to Harvard Health, “your brain can convince your body a fake treatment is a real thing and thus stimulate healing”.

This is probably why many people claim that honey and cinnamon have helped them lose weight.

Feel free to take this recipe but don’t get your hopes high. It may not help you lose a significant amount of weight.

Even if this combination won’t help you lose weight, it can improve your health.

Benefits of honey and cinnamon

Both honey and cinnamon contain antioxidants, which can help fight free radicals.

Research shows that antioxidants can help lower the risk of heart disease, stroke, and some types of cancer.

The antioxidants in honey may lower blood pressure and consequently lower the risk of heart disease.

May lower the risk of Alzheimer’s and Parkinson’s disease

Cinnamon can lower the risk of diseases that alter brain function such as Alzheimer’s and Parkinson’s disease.

According to research, cinnamon contains compounds that prevent a buildup of protein in the brain. It also protects neurons and improves motor function.

Both cinnamon and honey have antibacterial properties that may reduce the risk of infections.

Honey is used to treat skin conditions such as psoriasis and hemorrhoids. Cinnamon, on the other hand, can treat tooth decay and bad breath.

Don’t get too excited though, overusing this combination has negative side effects.

Honey and cinnamon side effects

Allergies: People with pollen allergies may react to honey if it’s unprocessed.

The truth is honey and cinnamon may not help you lose weight. In fact, no recipe out there can help you lose a substantial amount of weight.

You already know the secret to weight loss – maintaining a calorie deficit and exercising regularly.

If you can’t exercise consistently, here’s how to overcome the lack of motivation to exercise.

If hunger is stopping you from losing weight, use these tips to reduce hunger.

Have you used honey and cinnamon to lose weight?