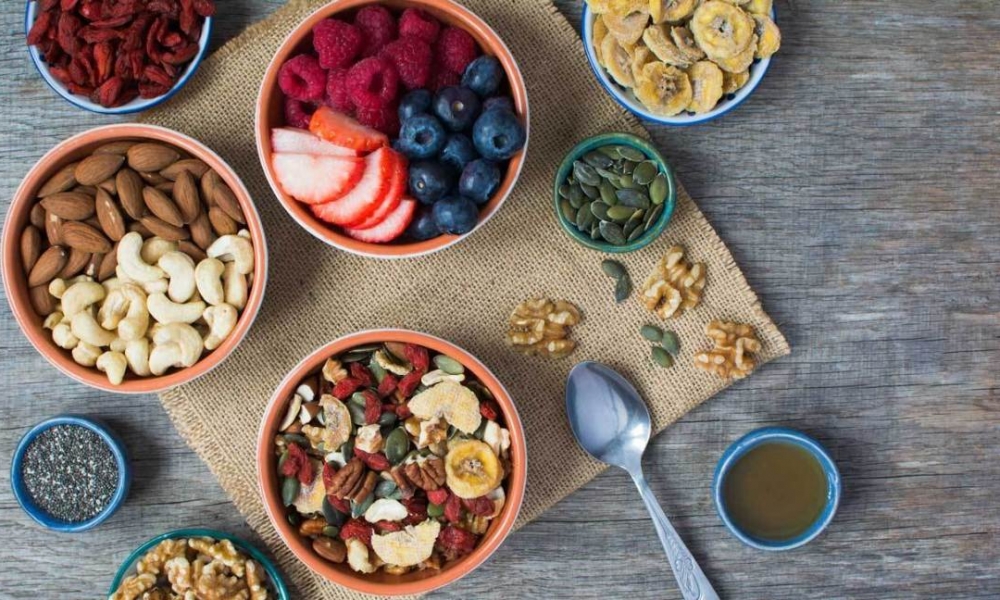 By Christine M
Leave a comment
In Nutrition, Wellness
0

The evolution of man brings with it lots of change in ancient beliefs and practices. A case at hand is the paleo diet, commonly considered as the caveman diet or the palaeolithic diet. Researchers have continuously dismissed the effectiveness of this diet in recent times. But what is the plain truth?

Read on for an expansion on why it has been named the anti-inflammatory paleo diet, whether it can help reduce inflammation to the common autoimmune disease.

WHAT IS ANTI INFLAMMATORY PALEO DIET? 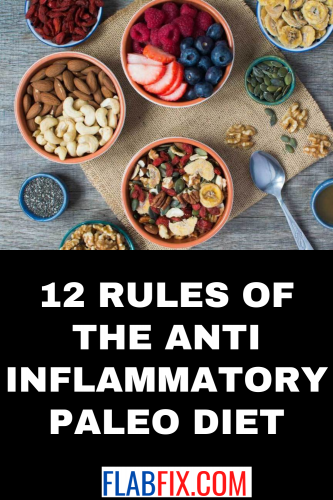 As it is, most autoimmune diseases coexist with inflammation.

Inflammation is a natural body process that occurs as part of your body’s immune response. When your body is fighting either an injury or an infection, it sends its inflammatory cells to the affected area.

These cells are what causes the external signs such as redness and swelling. As long as your body stays in control, this is the process it uses to fight against infection or injury.

However, the problem arises when your inflammation lingers for a bit longer without reducing. This causes your body to stay in a constant state of alertness.

This state can cause you health issues such as heart attacks.

Factors such as smoking, being overweight and excessive drinking may increase your inflammation.

According to some experts, diet also has a role to play when it comes to controlling your inflammation.

They prefer you to stay in control of whatever drinks or foods you take in, as this is a better method compared to taking medications to do the same job.

The Paleo diet is one such anti inflammatory diet. It aims to get rid of sugars, legumes, grains, most dairy and refined vegetable oils like corn and soy oil.

In a nutshell, the anti inflammatory paleo diet seeks to get rid of the harmful modern foods from your system. It focuses on the foods that the ancient hunters and gatherers relied on.

WHAT IS THE PALEO AUTO IMMUNE PROTOCAL?

The auto immune paleo diet (AIP) is also sometimes referred to as the autoimmune protocol diet. This form of diet directly addresses your gut inflammation, which gives birth to autoimmune diseases.

Either way, the AIP is specifically geared towards your intestinal mucosa and lowering your body’s inflammation that leads to flares for conditions such as the inflammatory bowel disease (IBD).

This diet also has a special focus on veggies and meats, in its quest to fight what experts refer to as a leaky gut.

HOW DO YOU EAT AND ANTI INFLAMMATORY DIET?

This type of diet resembles the paleo diet, both in the foods that you are allowed or not allowed to take.

It also resembles the paleo diet in the stages involved. Due to these similarities, you can consider the AIP diet as an extension of the paleo diet.

The AIP consists of two main phases, the elimination phase and the reintroduction phase.

This is the first phase of the diet and it involves eliminating all the harmful foods and medications that are believed to cause gut inflammations and imbalances between the bad and good bacteria in your gut or an immune response.

In this phase, you should avoid foods such as legumes, seeds, nightshade veggies, eggs and dairy.

According to a study published on the Inflammatory Bowel Diseases, you should also avoid alcohol, tobacco, coffee, food additives, oils and some certain medications such as non-steroidal anti-inflammatory drugs during this stage.

According to the findings of the study, the above- mentioned will increase your risk of inflammatory bowel disease.

On the other hand, this phase encourages the consumption of fresh nutrient-dense foods, minimally processed meat, bone broth and fermented foods.

It also encourages that you employ lifestyle factors such as ample sleep, avoiding stress and physical activity.

The length of this phase varies on individuals.

This is because you will have to maintain it until you notice symptoms. Mostly, people maintain it for 30- 90 days, while some start seeing the symptoms as early as 3 weeks.

This phase will see you introducing back the foods you eliminated from your diet. It is usually done after the symptoms of your overall well being have shown.

Rule of thumb here is to go slow. Gradually reintroduce the foods into your system depending on your tolerance to them.

The basic goal of this phase is to reintroduce back to your body all the foods that are not harmful while keeping away those that are.

Periods of 5-7 days should be followed between the reintroduction of different foods.

12 RULES OF THE ANTI INFLAMMATORY DIET

Anti inflammatory paleo diet will require you to start with paleo rules, to make things much easier.

Avoid gluten, grains and lifestyle choices such as alcohol and smoking.

Veggies such as eggplant and tomatoes have been found to be particularly over inflammatory.

They may cause gut irritation, skin irritation and joint pain.

You are advised to avoid them because the protein enzymes in them are able to work their way through your gut lining during the digestion process.

Although this can occur to healthy people too, if you have autoimmune conditions, the egg matter will get through the barrier of your gut lining and permeate into your bloodstream. This will in turn cause stimulation and reactivity of your immune system.

AVOID ANY SORTS OF NUTS AND SEEDS

Nuts and seeds are high in anti-nutrients like lectins and phytates.

They are the most common allergic foods and can cause sensitivities to people with autoimmunity.

KEEP YOUR FRUIT INTAKE TO A MINIMUM

Are you one of those people who cannot go a day without having your fruit salad? The anti inflammatory paleo diet will need you to keep your fruit intake to a minimum. Too much fructose can cause irritation to your gut.

These will lead to a leaky gut, disrupting your anti inflammatory paleo diet. Others can also be allergenic.

The anti inflammatory paleo diet will need you to avoid medications such as non-steroidal anti-inflammatory medications. This is in order to attempt and heal your gut lining as it is critical in managing autoimmune disorders.

According to a piece published in the Journal of Applied Phycology, you should also avoid algae during the elimination phase because it may stimulate an immune response.

These can cause reaction from your immune system, which is very harmful if you have autoimmune conditions.

This protocol advises that you moderate your salt intake and coconut-based foods.

The glycemic index is a system you can use to rank your foods on a scale of 0- 100 based on how much they will increase your blood sugar levels compared with white bread. This will help you know the foods you should avoid, which are above the 70 mark.

HOW LONG SHOULD YOU BE ON THE API DIET?

One key point to note here is to follow the diet for some time in order to track your symptoms well. This may take a couple of weeks.

A strict elimination period of 30- 60 days is recommended.

While embarking on this diet, it is wise to consult your doctor to ensure you are not missing any nutrient needs throughout all the phases of this diet.

Also, when it comes to the period you should take, there is no constant time frame. How long you choose to stay on the diet should depend on you fully and how you feel following the diet.